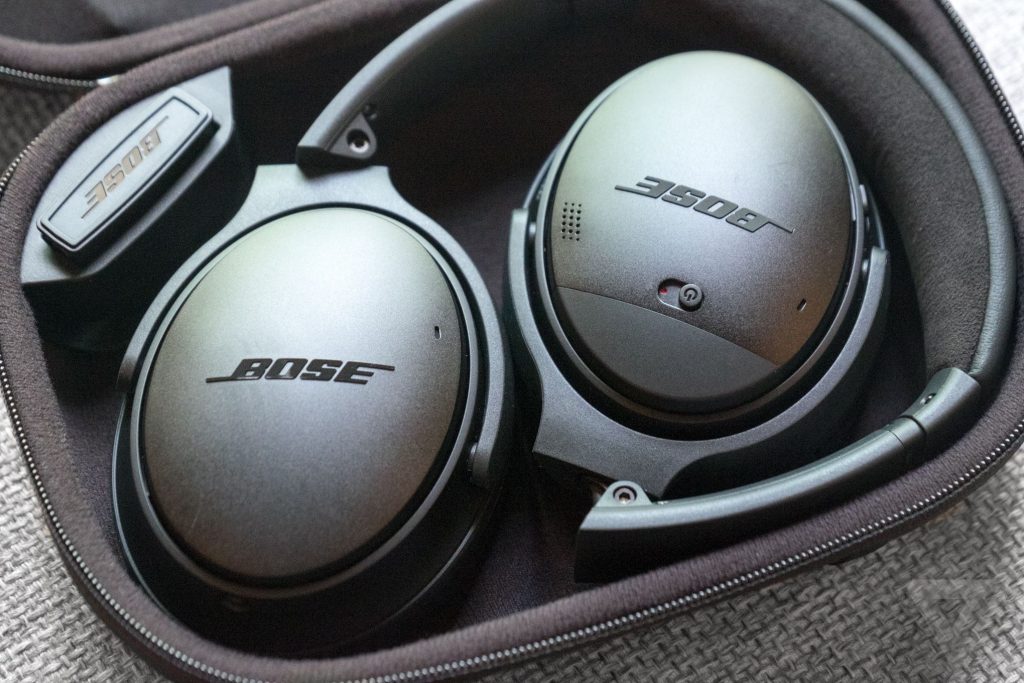 My first ever pair of non-earbud headphones were the Bose around the ear headphones. I received them as a gift for my high school graduation, and they instantly became my most-used possession. For the next five years, I remained a dedicated supporter, running through several repairs and even replacing the exact headphones entirely when they finally ran out of juice. The around-the-ear comfort and intimacy, pristine sound quality, attention to balance and thunderous bass made them the perfect headphones for my specific listening habits.

Because I was so loyal to my original pair, however, I had no idea how far the Bose product line had come during my college career. This is why my world was changed when I kindly received a set of the company’s brand new QC35s (QuietComfort) in the mail last month. The first thing I noticed about the headphones were their sleek and futuristic design. Despite having a rigid, albeit padded, head strap, the pair was able to easily fold into itself and collapse flat. With thick, no nonsense components and a beautiful black-brushed color, they quickly beat out the look of my thinner, grey around the ears.

Perhaps their most defining feature was the near flawless Bluetooth compatibility, allowing me to connect them to two separate devices and play music or any other audio while I freely roamed up to around 30 feet away. It felt fantastic to play something from my desktop computer and walk to the other side of the house to wash the dishes or cook while maintaining lossless sound quality. The on-ear controls also came as a very welcome surprise. My tapping the buttons on the underside of the right earpiece, I could change the volume, skip or return to previous songs, and ready the headphones to pair with more devices.

The next thing I noticed was the noise-cancellation once the pair was turned on. At first, the lack of outside noise was almost jarring because of how silent the headphones were able to make the environment around me seem. But after using the feature on public transportation, airplanes and elsewhere, I found it to be an extremely relaxing and convenient aspect to the device. But of course, the sound and crispness is always the most important part of the set. I was worried, at first, that the Bluetooth connection would have a detrimental effect on the quality or balance of the headphones. Thankfully, though, I was seriously proven wrong. The sense of space created within the QC35s is unlike anything I’d heard before, miles ahead of my old around the ears. The bass never felt too overpowered, and nothing was too overly compressed that it flattened out an otherwise dynamic piece of music. Combined with the noise-cancellation, these headphones truly transported me to the center of the music I was listening to, even at the maximum Bluetooth range.

The QC35s came with a compact and sturdy carrying case, as well as a charger and auxiliary cord. I was very impressed with the battery life of the headphones, as I used them for more than three days in a row without having to recharge. Every time I turned them on, a pleasant voice even told me exactly how much battery life I had left.

I’m genuinely thrilled to be an owner of the new Bose QC35s. The sound quality, convenience of Bluetooth and extensive battery life are all qualities that I didn’t even realize I wanted in a pair of headphones before receiving this pair. I plan on continuing to use them for as long as I can and urge anyone in need of an upgrade to give them a serious look.