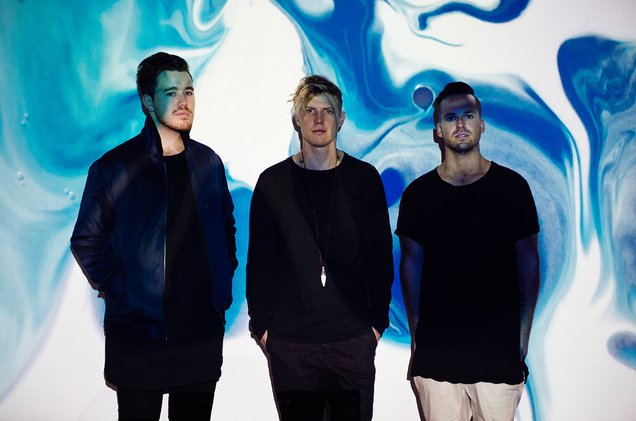 After what seems like far too long, RÜFÜS DU SOL have finally announced their next album, SOLACE. The trio released the first single from the album, “No Place,” this past May, their first new music in more than two years.

“It feels like a new RÜFÜS,” the trio says. “We are inspired by our new home out here, by the people we’ve met and the music we’ve heard along the way. We’ve got a refreshed sense of ambition and cannot wait to share our creation with the world.”

In addition to the announcement of their album, they’ve announced a SOLACE Fall Tour which will bring their titanic live show to some of North America’s most prized venues from coast-to-coast. The tour will touch down at seminal venues such as Los Angeles’ Shrine Expo Hall (3 nights), New York’s Terminal 5, San Francisco’s Bill Graham Civic Auditorium, Denver’s The Fillmore Auditorium, House of Blues Boston and Houston, and more plus a massive festival play at Voodoo Music & Arts Experience in New Orleans.

The ticket presale lottery is open now; this is the exclusive first window for securing tickets. Using software that eliminates bots and scalpers, the presale lottery gives fans a fair chance to get their tickets before GA, on sale this coming Friday, June 22. Buy tickets HERE.

See all dates below!