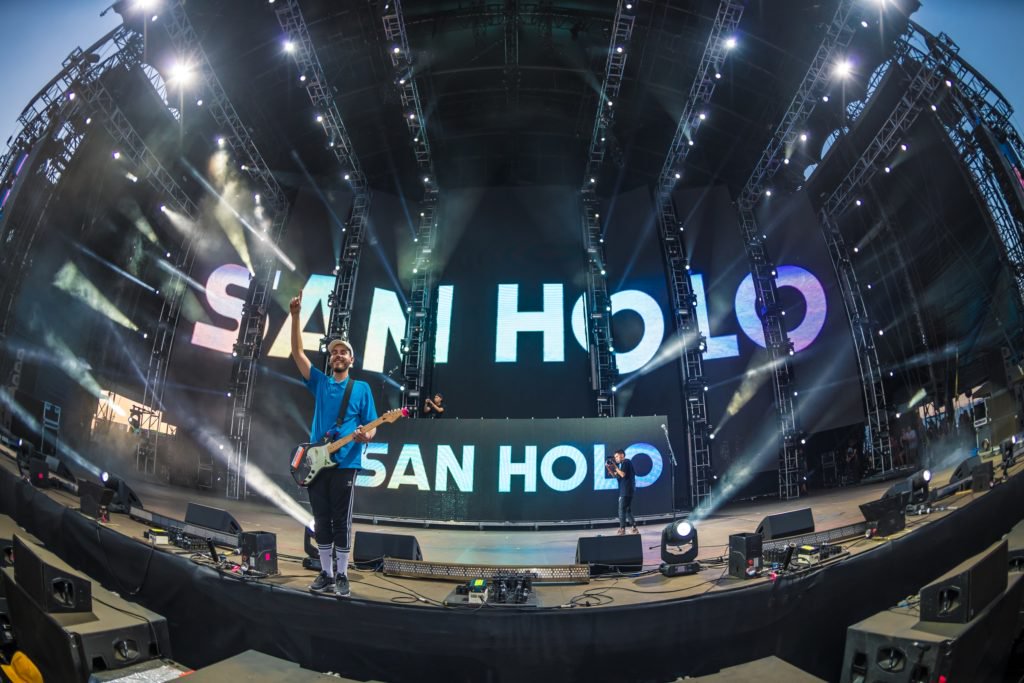 While the wait for San Holo’s debut album has been comparatively shorter than others, it has still felt like an eternity. The “Light” artist has, perhaps not by his own admission, been riding the success of the single since its release in 2016. He’s released a number of singles in the time since, but none have been as career-defining as his debut album, album1, out today.

The 12-track album is said to bridge progressive rock with dance music, utilizing a vastly different style of arrangement than most dance music fans are used to. In addition, San brings his soft and powerful guitar riffs into the mix for a deeply personalized production with his signature sound attached to each and every note. And it goes even deeper: during the production of the album, San spent a couple months holed up in an Airbnb in Echo Park, with close friends and feature artists coming in and out during that time. There’s not a single song on the album where the creation process took place over email.

San spoke exclusively to Billboard about each track on album1, stating; “I wanted this album to introduce people to a new kind of sound. A warmer, organic, and less polished version of EDM.” San continues, “”show me” is a good example that represents this new sound. I recorded a lot of guitars on cassette tape, to give it that warm, warbly, lofi sound. You can clearly hear this in the guitar intro of the song. The beauty of recording actual instruments on tape is the fact that you can never record the same thing twice.”

There’s no doubt that the album takes a little getting used to. Taking into context the usual format of live electronic music – the DJ set – album1 doesn’t make much sense. Of course, it was never meant to be a purely DJ-centric project in the first place. San has been on stage using his guitar for months now, giving fans a taste of what was to come.

With the release of album1, we expect his live show to also approach the next level. San will embark on a 30+
date tour across North America, which kicks off on October 31st. We expect his guitar to of course be on the road with him, but we also predict his live set up could be expanded beyond that, adding keys and MIDI percussion to the mix. Though, that’s still to be seen.

For now, however, album1 is available to explore and peruse. Previous singles “lift me from the ground” and “brighter days” join new favorites like “always on my mind” and “forever free.” Check it all out below.