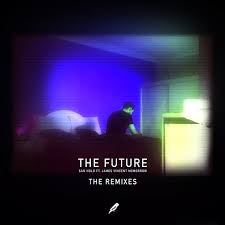 San Holo has released an incredibly stacked remix package for his hit, “The Future.” The remix package features a staggering 14 tracks from artists such as Wingtip, GOSLO, Jupe, Kill Paris and many more. Each song brings a unique aspect of stylistic elements to the table, from fluttery future bass to more dark, weighty progressions.

“The Future” has been an international hit for its melodic, yet striking progressions as well as airy, crisp vocals by James Vincent McMorrow. Each artist showcases their own flair with the piece, demonstrating a mastery of their style with an eclectic array of sounds.

The most standout pieces of the package include Kill Paris’ remix which showcases a melodic, yet hard hitting future bass build, captivating listeners for the mystical chords and reverberating synths, as well as Wingtip’s remix which is an explosion of harmonic chords layered on top of colorful, unpredictable bass, making the piece enthralling for it’s unpredictability.

Listen to San Holo’s newest collaboration with 6 other artists