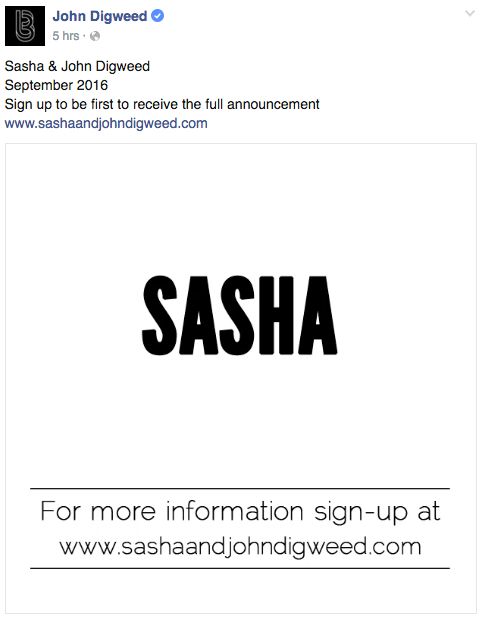 Is 2016 the year of fabled reunion tours? Perhaps it just may be. The latest piece of news that goes to support this theory comes from two names in the progressive house world that arguably carry more weight when found together than apart: Sasha & Digweed.

From critically acclaimed albums to legendary club residencies, the pair have an incredible history together, but in 2010, ultimately decided that it was time to focus on their solo projects. A collective sense of mourning plagued fans across the globe only to be met with temporary relief six years later, when Sasha paid Digweed’s Bedrock Easter party a visit for a surprise b2b on March 24.

Now, on traditionally the most deceptive day of the year, Sasha & Digweed have chosen to announce what appears to be news of a reunion taking place this September. While no other information has been given, the two posted the following message, linking to a website where fans can sign up to learn more.

Although relatively vague, just seeing the names Sasha & Digweed together again is enough to spur a frenzy of anticipation. Visit the site and sign up here to receive news of the full announcement.

Sasha & Digweed reunited for a surpise b2b at Ministry Of Sound