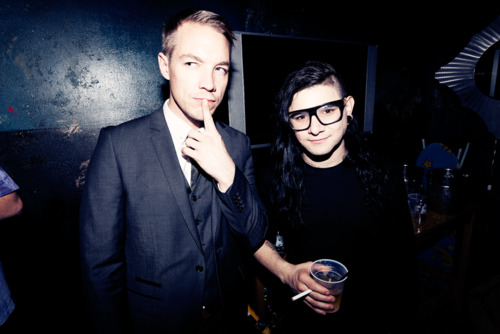 Mad Decent revealed their 2013 Block Party line-up which had big names such Major Lazer, Diplo (solo), Skream, Dillon Francis, and Flosstradamus. Of all the top labels on that list, Jack U was one that was unheard of to EDM fans around the world. Who is Jack U exactly?

Jack U means Skrillex and Diplo, together! Yes, this collaboration is happening and was announced on Twitter by the busiest man in the EDM game. Unfortunately, there was not much information on the pair of dance music legends joining forces. Skrillex and Diplo are not strangers to collaborating with other artists so there should be no doubt that Jack U will be a raging success. Look forward to Mad Decent Block Party as it kicks off on July 19th for its 13-date tour.