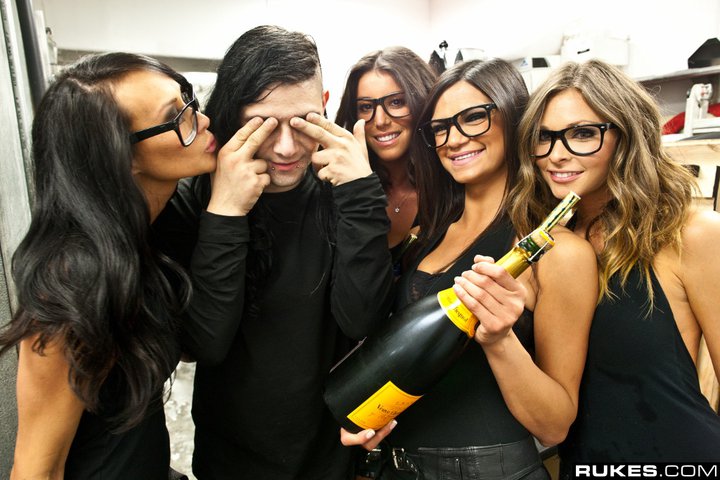 Skrillex recently conducted a phone interview with Billboard, touching on a number of important topics. Discussing the future, the music industry, and his own personal feelings about his career, Skrillex offers some solid advice for those willing to read.

After reading this interview, it’s painfully obvious that Sonny still has some problems with the industry, mainly complaining about the corporatization of EDM and the creative destruction that brings. When asked for advice to any up-and-comers trying to break into the industry, the prestigious producer/DJ had this to say:

“Be a fucking kid. Don’t care. Don’t try to get people’s attention. Build your shit, people will find you. Have your essence come through your art and have your art speak loud.”

And it seems like this is a winning formula, as Skrillex is one of the most happy-go-lucky, child-like superstars I can think of. He goes on to mention how he has been able to maintain doing his own thing, keeping creative control and allowing himself and his artists to be themselves. This has allowed Skrillex to be in the position he’s in today, constantly evolving his sound with no contractual or corporate pressure.

“Every time I get in the studio with somebody else and collaborate, that’s when I always have revelations and learn about stuff. And I just love stepping outside of what I know and there’s no other music position that can do that.”

He also mentions how OWSLA works to employ strong, young women in the industry, something Skrillex claims to be a key to his company’s success. Promoting gender equality in the industry seems to always be on his mind, evident through his unwavering support of #NapGirls and employment decisions. However, he also takes note that one of his greatest weaknesses is, simply put, girls; another being bad vibes.

“Like if I’m really feeling a girl, I just don’t want to work. I want to hang out with her… My greatest weakness is bad vibes. Like if I know someone’s losering around and there’s just bad vibes it can really throw me off a lot.”

The entire interview is worth a read, as Skrillex goes into these topics and others in greater detail. Check it out HERE.