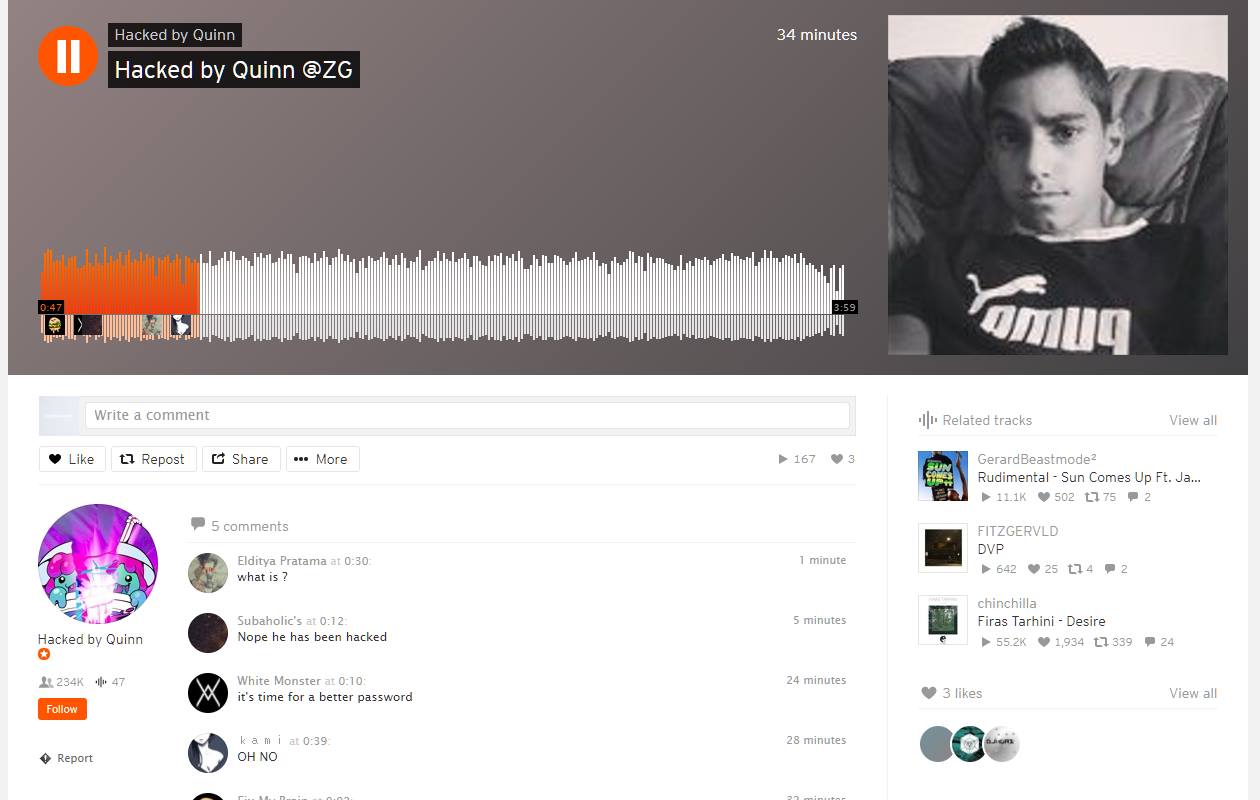 Slushii was hacked by the likes of “Quinn” aka @ZG, the same guy who apparently hacked Carnage recently…

Although it doesn’t appear that the hacker did anything super malicious, he was messing around with Slushii’s SoundCloud profile just enough for fans to notice. According to r/EDM, the hacker took over Slushii’s account, replaced his name with “Hacked by Quinn,” and uploaded a since removed meme track for good measure.

The colorful bass producer pointed out the incident to SoundCloud publicly on Twitter, hinting that “2 step verification” would prevent issues like this.

sc got hacked. sucks that u don’t have 2 step verification @SoundCloud

A few days ago, when Carnage was hacked he called out “the homie” by name, giving him “props.” WTF.

by the homie @zg he’s legit tho props

Anyone who says “get cancer” isn’t a homie…

Heads up, producers — It doesn’t look this hacker plans on stopping anytime soon.