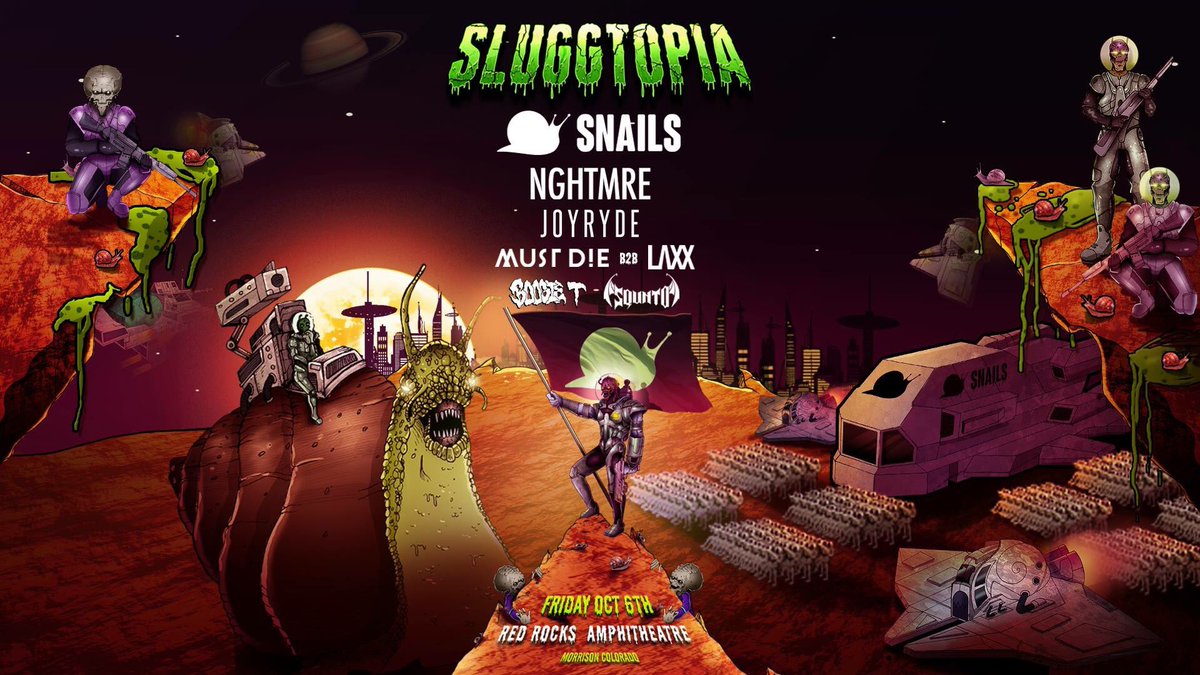 Snails Presents Sluggtopia over this weekend was one of the most insane and downright filthy productions Red Rocks has ever witnessed!

The vomitstep DJ/producer played to a sold out crowd of bass lovers with no shortage of friends including NGHTMRE, JOYRYDE, MUST DIE! b2b LAXX, Boogie T. and SQUINTO. Whew, what a lineup.

As if the roster itself wasn’t mind-blowing enough, Snails debuted a brand new “Shell” stage that seemed to take on a life of its own. He also premiered new visuals, new music, and brought out surprise guests including Big Gigantic to perform their collaborative track “Funk With Me.”

The fans weren’t the only ones getting down to the madness… “SLUGGTOPIA YOU MADE MY ENTIRE LIFE YESTERDAY!!!” Snails shared on Twitter.

Snails definitely Snailed it. Check out some clips from the show below!