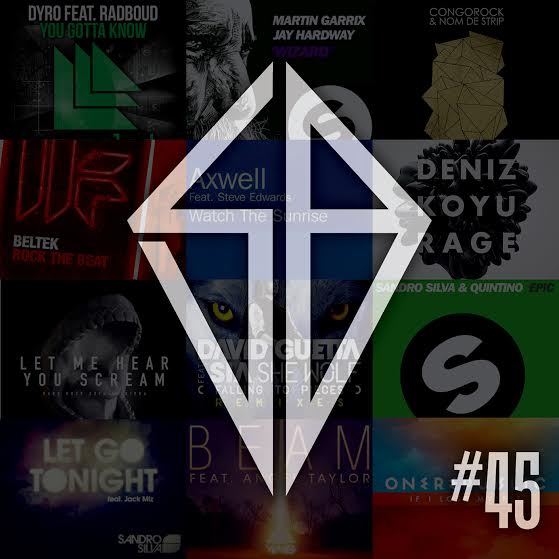 We had the pleasure of interviewing Stafford Brothers, we hope you enjoy their latest #SomethingBIG episode while reading it!

This episode is proudly presented by www.EatSleepEDM.com

Australia’s number one DJ’s present #SomethingBIG with the Stafford Brothers. Each and every week brothers Matt & Chris Stafford give you exclusive ‘in studio’ experience with the producers of the biggest records dominating dance-floors all over the globe.

Tune in to Evolution Radio every Saturday Night across America – 7pm ET.

How and when did you guys decide to come together to become DJs?

We used to DJ individually and then on saturday nights we would play together which was always more fun so we decided to do that full time.

Who was the biggest inspiration for the Stafford Brothers?

Early on it was rave DJs, but Roger Sanchez was someone who changed our sound and style and someone we always looked up to.

What was it like to be the first electronic act to be signed by Cash Money Records?

Its been a whole new world for us. Meeting those guys and hanging with them is something we have never done before and something we have really enjoyed.
The first single went triple platinum in Australia so thats pretty special..

What can we expect this year from the Stafford Brothers?

We have some new big records ready to go, we are just finalizing them and then we will put them out. We are touring all through the USA again, in asia and europe and also back home in Australia so good times.

If the Stafford Brothers could tour with anyone, who would it be?

I would love to go on the road with led zeppelin back in the 70s because the shit that happened on those tours just sounds insane!!

Can we expect more collabs with other artists from Cash Money like “Hello”?

Definitely, we have 2 new singles dropping soon and they will hopefully have some cash money artists on there.

What can fans expect when they go to see the Stafford Brothers?

It’s a party! We definitely go hard when we perform, and I can say everyone will leave having a good time.

What non EDM songs can we find the Stafford Brothers listening to at this moment?

I just listened to fire by sons of midnight. I like listening to acoustic tracks. Someone like Jose Gonzalez is the best!

04: ‘DON’T YOU WORRY IF I LOSE MYSELF’ (Stafford Brothers mashup) Swedish House Mafia Vs One Republic