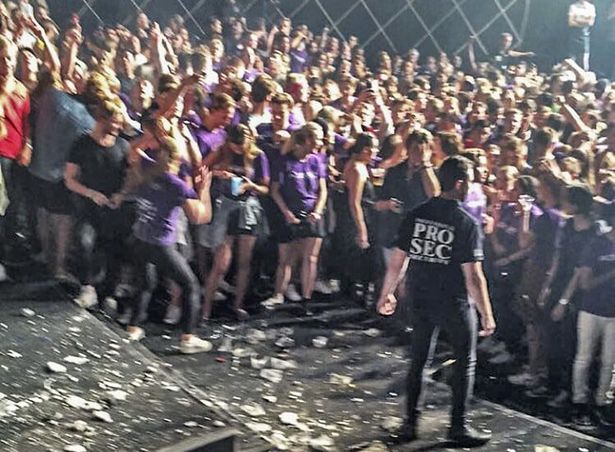 Steve Aoki is known for wild performances, from tossing cakes, to spraying fans with champagne — in fact, just earlier this month, he was acquitted of breaking a fan’s neck during a stage dive. Steve Aoki is categorically known for tearing the roof off his shows, though now that wording may be a little too literal. Sentrum Scene, a popular club in Oslo, was set to host Aoki when part of the roof caved in on the venue, injuring an undetermined number of attendees inside. The injuries at this time are not thought to be serious.

The club was nearly at capacity with nearly 1,700 people inside when the roof began to crumble. The collapse reportedly occurred over the stage area, though it is unclear weather the Dim Mak head honcho was performing at the time of the incident. Photos from the scene are starting to surface on social media, with police and paramedics on scene organizing evacuations and offering medical assistance to injured concert-goers. Aoki has yet to comment on the incident.