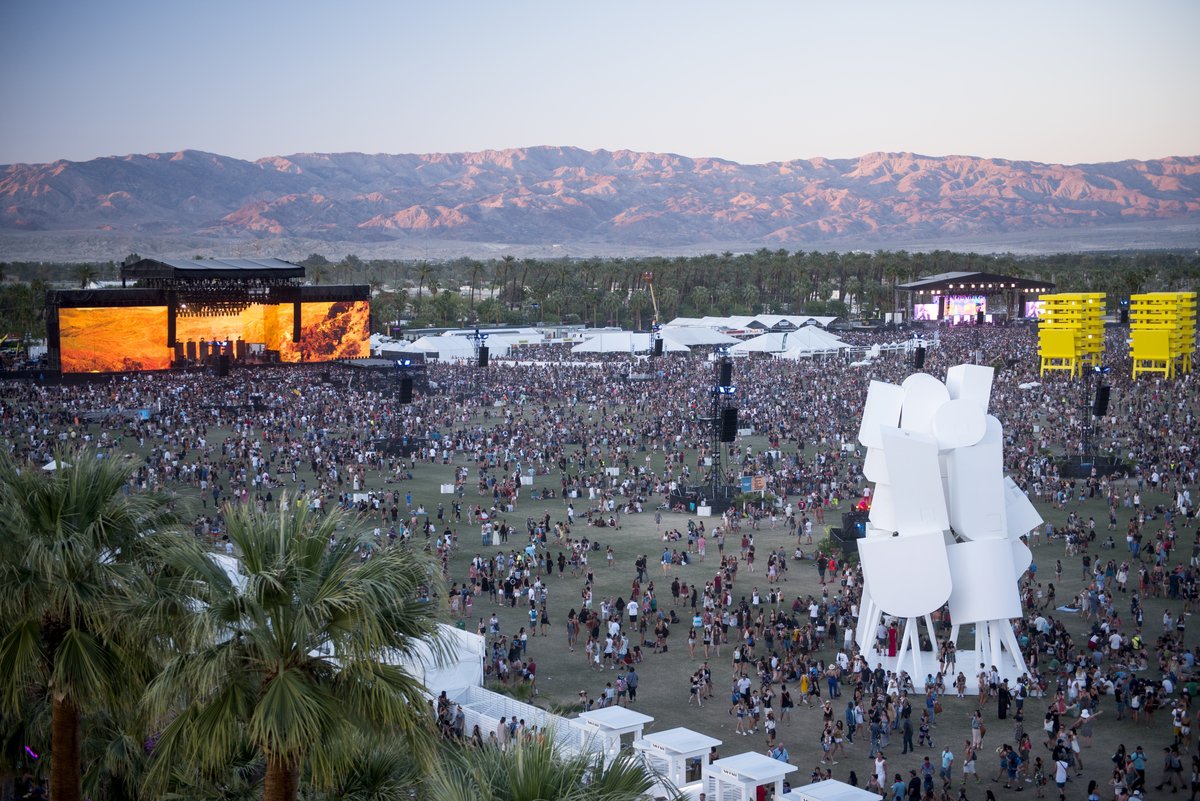 Coachella 2016 has officially come to a close. This year provided possibly the biggest dance takeover yet, with acts like Jack Ü, Disclosure, and Flume emigrating to the festival’s largest stages while artists like What So Not, MK, and Claptone made surprise appearances at the Do Lab. Meanwhile, the Yuma Tent remained consistent as ever for underground fans, while an entirely new tent, Despacio, proved the perfect haven for disco heads. It wasn’t all good news, however, with the Sahara Tent being even more overcrowded than usual, and a lackluster closing set from the festival’s Sunday headliner.

Read on for our full breakdown of the best and worst of Coachella.

James Murphy and 2manydjs’ futuristic club concept, Despacio, was quite possibly the best new addition to Coachella. One could always count on the avant-garde tent to supply the perfect soundtrack to the moment, whether it was dreamy, daytime downtempo, or upbeat, all-night disco. Wandering into the dome, with the planets above and the towering speakers in each corner, never failed to elicit feelings of awe. Here’s to hoping Despacio makes its way to other festivals this summer.

The long home of electronic music at Coachella has simply become too big for its own good. Trying to catch any well-known artist in the Sahara Tent became a daunting mission, and in some cases, a legitimate safety concern. During ZHU and RL Grime’s performances, for instance, the tent was overflowing with attendees at all entrances, creating claustrophobic choke points and trapping many fans hopelessly in transit. The tent was at its best when it was under-attended or only moderately crowded — which ultimately proved a rarity however with the amount of talent on the bill.

Best: Flume on the Outdoor Stage

Flume often gets knocked for being a better producer than performer, but his Sunday set at Coachella should put that notion to rest for good. The Australian wunderkind has come a long way since his previous performance at the festival two years prior in the Gobi tent, and his packed Outdoor crowd proved that. With a bevy of new album material at his fingertips, Flume showed off new favorites like “Never Be Like You” and “Smoke and Retribution” as well as a few tantalizing unreleased cuts.

In many ways, Calvin Harris’ headlining performance from Sunday was exactly what we expected: loud, over-the-top, and remarkably uninteresting. The set played like one of his usual Vegas runs: an exposé of his massive hit catalogue with big room weapons of the day sprinkled throughout. To his team’s credit, the production was gargantuan — a huge spectacle that fit the billing — but ultimately his mixing and track selection proved entirely bland. We can’t help but think dance music missed out on a huge opportunity here. With the biggest stage of the weekend, this was a chance to restore credibility in the eyes of a multi-generational audience. Instead, we were left with a run-of-the-mill EDM festival set with all the bells and whistles that the genre has become irreversibly associated with.

This year’s Coachella may have been the best display of live electronic music that the Indio event has ever seen. From LCD Soundsystem headlining the festival — proffering amazing improvised segues and solos — to acts like Bob Moses and Rufus Du Sol offering some of the best performances of any acts the whole weekend, it was the perfect showcase of what electronic artists are capable of outside the confines of turntables and a laptop.

Coachella has a reputation for being overly dusty, but Weekend 2 was especially bad this year. Initially fostered by Friday’s wind storm, the dust continued throughout the whole weekend, coating one in dirt and hopefully drying one’s eyes and throat. It was bad enough for James Murphy to remark about it on-stage, lamenting over the dust’s effects on his voice. Then again, they don’t call it dustchella for nothing.

The Yuma Tent seems to get better every year, and 2016 was no exception. With a new floor layout and the best acoustics it’s ever had, the Yuma was the perfect haven for house and techno heads all weekend long. Standouts in the tent included the amazing Nicole Moudaber, who brought along Skin for a flawless back-to-back showcase, as well as the mighty Marco Carola who finished things up on Friday night. Sunday, however, boasted the best block of all, with John Digweed playing into Adam Beyer B2B Ida Engberg into Maceo Plex, offering 6 hours of world class techno to close out the festival.