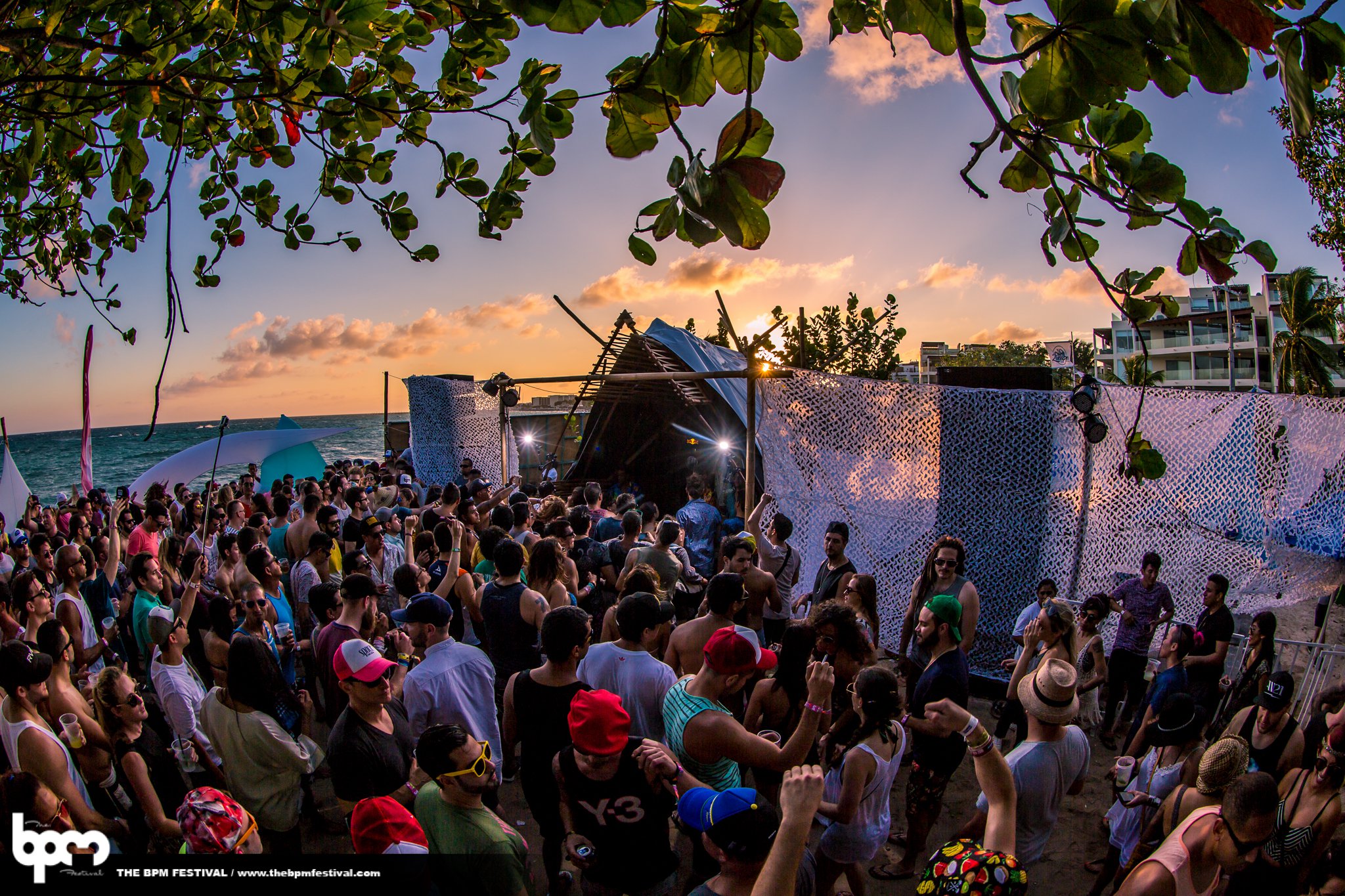 In just ten years, The BPM Festival has earned its stripes as the centerpiece of underground dance music. Undoubtedly, the storied affair – having forged an unrivaled brand stemming from the best of house and techno in the world – is the crown jewel of tropical festivals.

What was once by and large a homegrown festival commemorating underground dance music has become a global gathering attracting more than 70,000 fans hailing from 72 countries. Now in its prime, the 10-day marathon takes place each year throughout the palm-lined beaches and crystalline coast of Playa Del Carmen. Scintillating sands, exultant international attendees, and paradisiac weather conditions tie The BPM Festival experience together. More and more, the annual event has become a veritable pilgrimage for electronic music revelers from all the around the world to travel to and experience.

This year mark’s a particularly significant milestone for The BPM Festival: it’s ten-year anniversary. As such, the festival is preparing for its biggest celebration yet. Thus far, The BPM Festival has announced over thirty showcases, including staples like Solomun’s +1, Guy Gerber’s Rumors, and Jamie Jones’ Paradise. What’s more, over 100 artists have already been announced, with more to added soon.

As The BPM Festival looks ahead to its tenth anniversary, Dancing Astronaut sat down with directors Alessandra Axelsson, Craig Pettigrew and Phillip Anthony Pulitano to discuss a decade of The BPM Festival and what the team aims to accomplish as the next ten unravel.

DA: What aspects of The BPM Festival are you most proud from the past 10 years?
Craig: Being able to bring all our friends from all around the world together annually has been one of its highlights. It is like the ultimate family reunion. I am also incredibly proud of how the festival has grown organically, word of mouth is a powerful thing, and The BPM Festival is a testament to that.

DA: Has the crowd you’ve attracted to the festival evolved in the last ten years?
Phil: Absolutely. When we first started The BPM Festival, it was basically the demographic of Canada, USA, and Mexico. It has since evolved to attract fans from around the world, from Australia to Zimbabwe. In 2016 our ticket sales reached 72 different countries.

DA: What are some of your favorite memories from the festival from the past decade?
Alessandra: I would have to say some of the best memories for me personally are watching the growth, from year one, to year two, and then to year three is when we really saw the most growth and what the future was going to hold for us as a festival. When you see the happiness through the faces of fans and the lifelong memories they are taking home with them, it leaves you with a heartfelt warmth.

DA: It must have been a process gaining the support of the local government over the years. What has it been like working with local officials to help pull together what is now one of the best-known electronic music festivals in the world?
Alessandra: The only challenge has been that every three years you start fresh, as the municipal government here changes every three years, however we have been very fortunate to have the full and continued support of the city throughout the years.

DA: In past interviews, you mentioned both you and your partner initially searched all over the Caribbean for the perfect festival location. How did you land on Playa del Carmen?
Phil: Myself and a friend at the time had been coming down to Playa for vacations. We then told Craig that he needs to come check it out. When Craig came down with me, we were sitting on the beach over a case of beer and a few too many tequila shots and decided Playa Del Carmen would be the perfect place. I am not sure either of us imagined what it would become.

DA: You’ve also disclosed that you’ve been talking with potential global partners about an international edition of BPM. Have those conversations led to any new developments for next year or perhaps even 2018?
Craig: Yes we have been considering expanding into other markets where we feel that magic that was created here in Playa can be translated to new destinations. Stay tuned as this develops.

DA: More than any festival, The BPM Festival has become a mecca of house and techno. What are your thoughts on the global climate of underground dance music? Are house and techno thriving? Where do we compare to 10 years ago?
Craig: The scene is definitely thriving, if we compare where BPM attendance was 10 years ago to where we are today, that number speaks volumes. But it’s not only BPM, brands and labels have grown as well, drawing massive markets of techno and house lovers worldwide. Even more boutique techno and house festivals are popping up every year. North America has really started to catch onto the vibe as well, on any given weekend there are probably 20,000 people going out in NYC alone for these kind of parties and events.