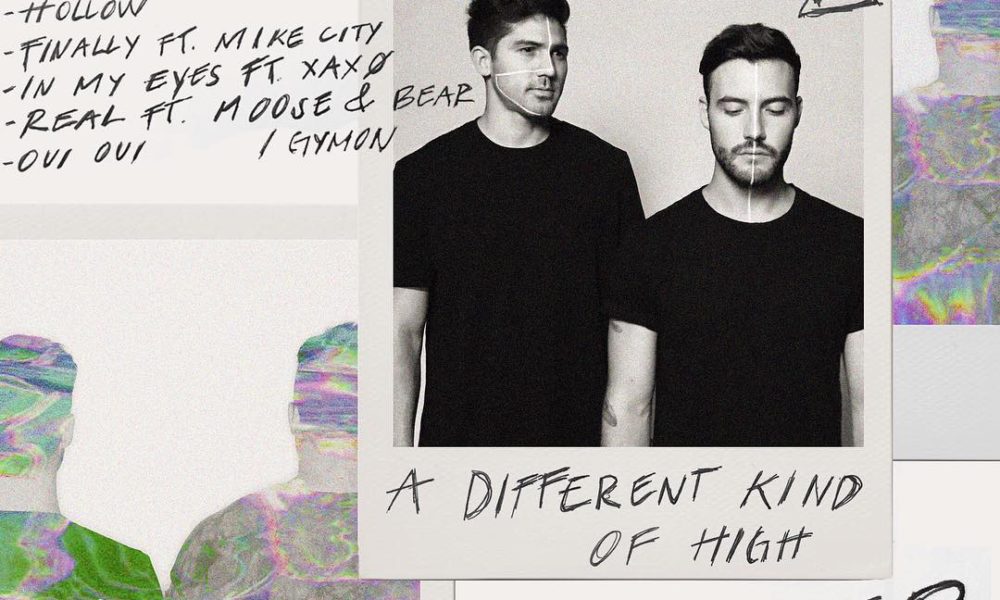 Mexico’s own Tom & Collins have been quickly emerging as a duo to be reckoned with in the house music scene. Rolling Stone Magazine recently named the two “the new face of Latin American house” and deservedly so. Their release earlier this year “Give Me One Reason” became a breakthrough hit for them and garnered over 4 million plays on Spotify and received high praise from the dance music community. Today the duo is following up on that hit with their new EP A Different Kind of High.

A Different Kind of High is a five-track EP filled with groove, emotion, deep lyrics, and danceability. The EP kicks off with “Hollow” which instantly packs a deep punch with its lyric driven house beats. The vocals take center stage in this song with the production matching the mood and pace of the song. The emotion in the song is high and sets you up for where the rest of the EP is heading. Next up is “Finally” featuring Mike City. The production is the focal point of this one whereas the lyrics serve as an extra additive to the song. Groovy rhythms and synths make this a classic-sounding house track. This one is poised to be an instant hit for Tom & Collins.

“In My Eyes” featuring XAXO sits in the middle of the EP and sets up as a nice bridging point between the first half and the second half of it. There is a much softer and less cluby flow to this one. Lully guitars open the track up before XAXO’s intimate vocals come into the picture. Such as “Hollow” was emotional, this one gets a bit deeper in that aspect with its more forefront production and bassy synths during the breakdown. The pace of the song is also much slower which adds to the deepness of it. Next up on the EP is “Real” featuring Moose & Bear and Gymon. This is the most uplifting track on the EP with its lofty synths and upbeatness in the vocals. Warmth flows through the song and has a fun energy to it which will be transferred to you the listener. This one is sure to be a fan favorite because of the picture it presents. Closing out the EP is “Oui Oui.” This track is also softer than those in the first part of the EP and presents a powerful message through its lyrics. This may be the most danceable track on the EP with its groovy synths and funky breakdown. There is a lot going on to this song but Tom & Collins ability to make the drop a bit more simple really stands out and highlights their mastery in production.

A Different Kind of High can now be streamed everywhere and is out via UMG Recordings and Aftercluv Dancelab. The EP really showcases Tom & Collins’ ability to be versatile in their production but stick to a common theme using different elements and vocalists. Emotion reigns supreme in the EP and it is portrayed through a number of different moods through the five tracks. It is a safe bet that this EP will propel the duo’s status in the dance music world to new heights as the new year is set to begin.