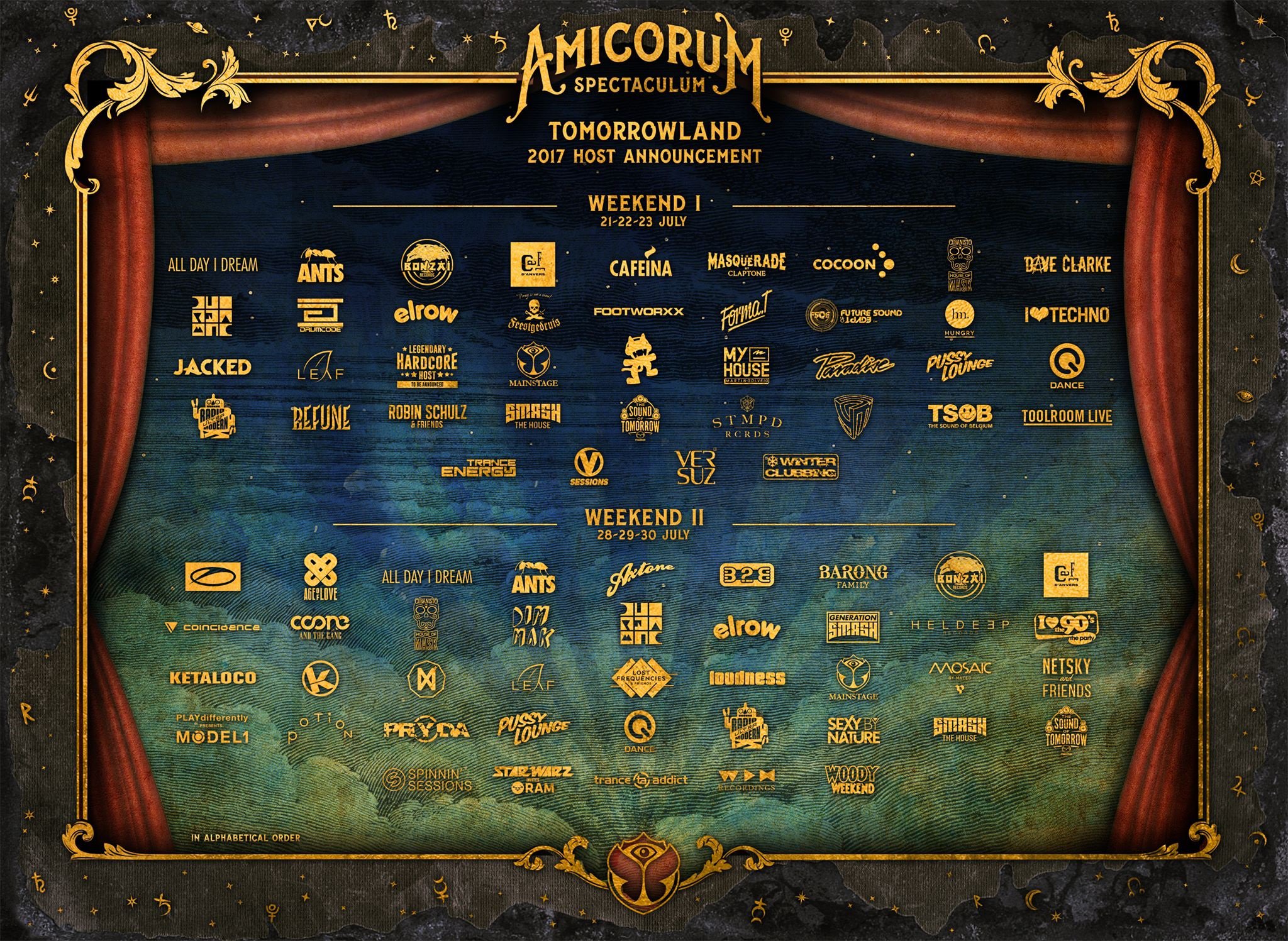 Tomorrowland has just made some exciting new announcements for their 2017 stage setups, which will be backed by some of today’s biggest electronic music superstars and leading record labels. Yesterday, January 19, Canadian record label, Monstercat made headlines across the internet as they announced they will be hosting their own stage at the European festival, which kicks off July 21 in Boom, Belgium. Tomorrowland has announced their community-driven theme to be “Amicorum Spectaculum,” meaning “show of friends” in Latin. As the theme’s name suggests, its primary goal is to promote unity between festival-goers and genres of all different demographics.

Alongside Monstercat, stages will be hosted by major labels such as Adam Beyer’s Drumcode, Sebastian Ingrosso’s Refune, Martin Garrix’s STAMPD Record, and more. Other genre-specific collectives such as I Love Techno and hardstyle’s Q-Dance will host stages at the event as well.

Tomorrowland’s melange of different sounds and genres, which includes over 65 collectives, labels, and artists, will easily mark the sprawling gathering as one of the most highly anticipated events of this year. With an already stacked assortment of genre-leading pioneers, we are all eagerly standing by for the stages’ lineup announcements to be made this coming Monday, January 23.

Tomorrowland unveils their new theme for 2017

Tomorrowland to expand to two weekends in 2017

Relive Tomorrowland 2016 with their official aftermovie