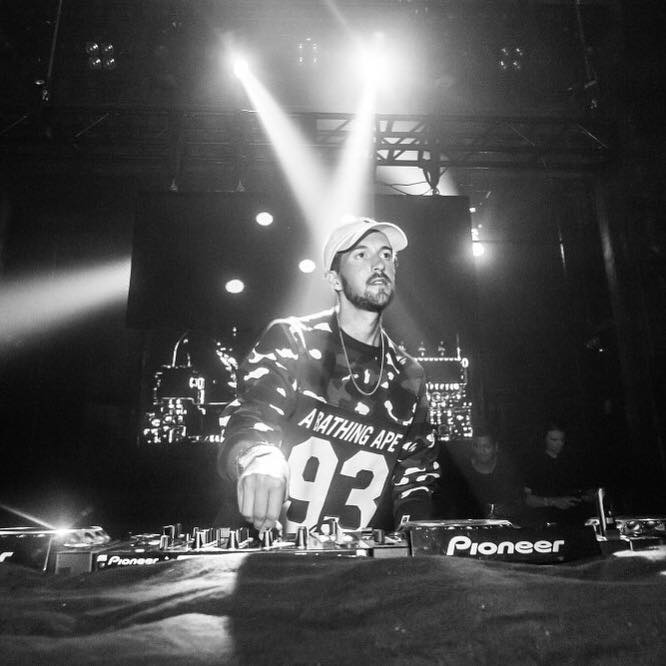 Quebec’s ANGELZ dominated the airwaves this summer unveiling two stellar EP to the electronic dance music community. The budding producer first emerged onto the scene about two years ago with a number of impressive edits, but 2016 is the year he took things to the next level. Being the first release on Tchami’s Confession certainly speaks volumes and shows no signs of slowing down.

After catching his sets at Moonrise Festival and the legendary Webster Hall, we sat down to chat with ANGELZ.

TSS: Moonrise Festival followed by a set at the legendary Webster Hall, how have the last two weeks been for you as a DJ?

ANGELZ: It’s been great, it’s the first time in my career that I get to meet all my fans. The energy from these events is so inspiring. It feels good finally getting out there, my team and I have been really patient when it came to taking shows; everything had to be right.

TSS: Who or what introduced you to the world of electronic music and when did you decide you wanted to be a producer/DJ?

ANGELZ: My first taste was The Prodigy’s first albums at the age of 5 or 6. I got heavily into hip hop after which got me into producing. Few people know that the producer scene as we know it now started in hip hop. Jay Dilla dropping tapes, Dangermouse remixing Jay’s The Black Album … The whole pushing boundaries and individual identities is straight hip hop. I got into making actual dance music when the indie dance and blog culture started flourishing. I didn’t even know raves and festivals were something, I just heard music that was fresh and with my background in hip hop my first reaction was “This is dope , wait until they hear my take on it”. This was several years ago and I didn’t start putting music out until I was 100% confident what I was making was gold.

TSS: You were the first release for Tchami’s Confession, how does it feel to be apart of that family?

ANGELZ: It feels fitting. Everyone on Confession is out to make their mark in their own way. A lot happened behind the scenes with ‘Hey Girl’ and to have it be the first record on Confession was a big bet that I was beyond stoked to be a part of. It was a very different record and it would set the tone for where Tchami and his Confession Label were going to go.

TSS: You returned to the imprint for the release of your recent “Saint Thug” EP, what was your creative process like for putting this EP together?

ANGELZ: Anyone who has followed me from the start has seen my progression. It is half calculated & half not. Let me explain, it’s hard when you are a new artist for people to appreciate your masterpiece or let alone you create it. With ‘Saint Thug’ , I’m showing you who I am and what you should expect going forward. It took me a couple months of 2016 to wrap it up because it had to be perfect.

TSS: What does ANGELZ have in store for the rest of 2016?

ANGELZ: I’m moving to LA in September for while. My managers and my agents are there so this is gonna be a new setting for me to decide where everything else is going to go. I’m moving into a very nice house in the Hollywood Hills and much like winter in Quebec has influenced my sound thus far, this new chapter will result in its own sonics. This is all I can give you for now but I can tell you this small space I am in musically is about to become very exciting.