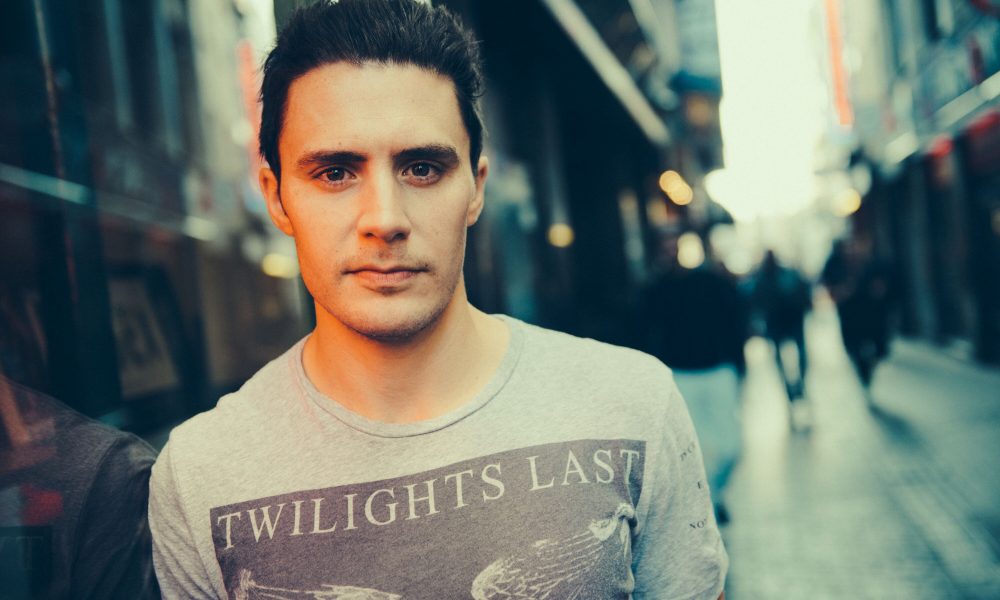 [TSS Interview] Corderoy Opens Up About His Past, Present, and Future

To start 2017 off on a high note, British house producer Corderoy dropped his first single of the year “Touch Your Face.” The record, which is out now on Enhanced Music is melodic and uplifting. Pianos drive the track forward which brings you to the drop. The drop features even brighter piano notes with drum snares thrown in there to give it a nice and vibey rhythm to groove to. Corderoy puts raw emotion into this song and we can all feel that even through our first listen.

We were able to get in touch with Corderoy and got the opportunity to ask about the song, his past influences, and his future endeavors in this exclusive interview.

TSS: “Touch Your Face” is certainly a feel good tune. Is there any backstory to it or was it just how you were feeling at the time during production?

Corderoy: Yeah it is all about feeling good this one. There wasn’t really a backstory as such but more like a state of mind. I often find myself just following what feels good when I’m writing rather than following a set outcome or working from a template like some producers prefer to do. I’ve been in a really good place for a while now so this track was a way to translate that!

TSS: I notice the heavy use of piano in the song. Do you play piano or play any other instruments and if so, how does that come into your productions?

Corderoy: I’ve played the piano for many years, way before I starting writing electronic music I became classically trained and reached grade 8. Around that time I was playing out in live bands too and the music I was writing reflected this. It’s not something I’ve left behind either as I still love to work in that sort of environment and this most definitely comes out in the music I’m producing today.

TSS: You have been working closely with Don Diablo’s Hexagon label since its onset. How has Don and his music personally impacted you. There are a lot of similarities between the two of yours’ music.

Corderoy: Don’s a top guy and I’ve got nothing but admiration for him. I think the main similarities between us is our drive, passion and love for music. You can quickly spot artists who are in it for other reasons than that in the way they act and in their music.

TSS: Do your roots in producing trance work its way into the music you produce today?

Corderoy: I’ve always been into melodies and I think that’s what got me into writing trance. I never set out to fall into any sort of genre when I started out, in fact I don’t really like to be earmarked into any genre. I’ve always written music I’m feeling or believe in and I constantly find myself writing more and more music that challenges and inspires me.

TSS: Being from Britain, Paul Oakenfold was certainly one of the pioneers in the early days of house music and electronic music in general in that region. How did he influence you early on?

Corderoy: Paul Oakenfold was always a hugely influential character and still is. For me he was one of the biggest icons in the scene and he was key in breaking dance music through to the mainstream and putting it on the global map. Moving forward to recent times; to have him heavily playing my tracks and supporting me as an artist has been amazing and I’m very privileged to have worked with him on his label too.

TSS: Who else are some of your musical influences and if you could work with anyone on a song, dead or alive, who would it be?

Corderoy: Over the years there have been a lot of artists that have inspired me, not just from the dance scene. I still love to listen to classic long players from bands and artists like Pink Floyd, David Bowie, Prince, early Genesis and even Enya! Recent composers such as Hans Zimmer, Brain Eno, Thomas Newman and Sigur Rós continue to be a huge inspiration for me too. Collaboration wise it would be dream come true to work with Hans Zimmer, Brian Eno or even John Williams on a music score but I’d also love to get creative in studio with Eric Prydz, Tiesto or Axwell as I’ve admired their work for years. Also due to sharing the same vision in music Don Diablo, Nicky Romero and Oliver Heldens would be great collaborations for me as really love what they’re currently doing!

TSS: Outside of music, what are some of your favorite things to do??

Corderoy: I love keeping fit, find it really helps to focus your frame of mind and very key when you have a demanding schedule. Also a keen sports fan and taking the time out to relax to appreciate things in life that tend to pass you by.

TSS: Where do you see the Corderoy project heading over the next five years??

Corderoy: I’ve always got my eyes open regarding the direction of Corderoy, it has to be about the music and that will drive it in the direction it is destined to follow but there are some amazing times ahead.

TSS: Now let us stick to just this year, what do you have in store for everyone in 2017?

Corderoy: The main focus will be on a load of new releases on labels like Enhanced Music, finally getting the brand new radio show rolled out and I’ll be out on the road DJing. Can’t wait to perform to give something back and show my appreciation to those who have been supporting me over the last couple of years.

TSS: Anything else you would like to add that was not touched up upon?

Corderoy: I would like to take this opportunity thank everyone for all the love and support you’ve given me in 2016 and I can’t wait to show you what I’ve got lined up for this year!