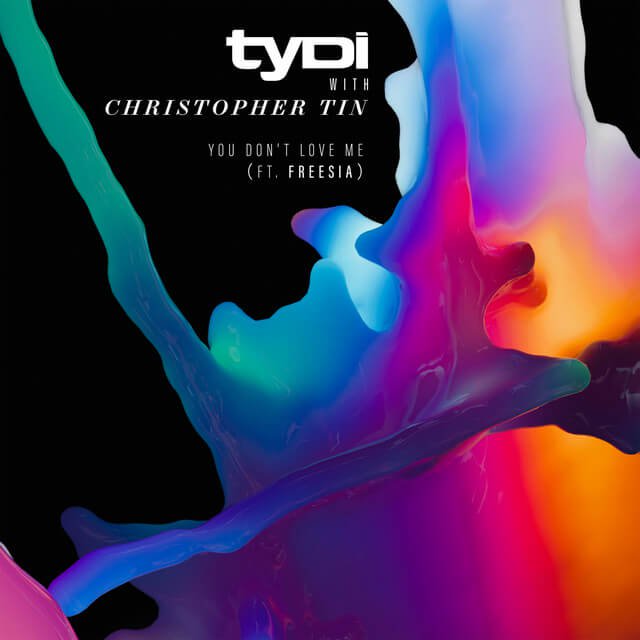 TyDi and Christopher Tin have released the third single off of their forthcoming album Collide, titled “You Don’t Love Me” featuring Freesia. Collide combines full orchestral sections composed by Grammy award-winning composer Tin and electronic music sections written by TyDi. This unique combination has made Collide one of the most highly anticipated album releases of the new year.

“You Don’t Love Me” skews more orchestral than electronic compared to the first two releases from the album, “Closing In” featuring Dia Frampton and  “Did You Know?” The track opens with sultry piano chords and a melodic orchestral section, both of which lay the framework for Freesia’s vocals. Her vocals build, and the orchestra eventually falls away into subtle electronic chords. The electronic chords then grow into a drop that adds an energetic flair to the beautiful track.

TyDi commented about how writing this track impacted him, and how listening to it still does.

“‘You Don’t Love Me’ is probably one of the most emotional songs I’ve ever had to write. Even once I produced the song, it was killing me to listen to it. But that was a while ago, and looking back, I’m just so stoked that I got it out of my system through music.”

Although three tracks from the album have come out, no official release date of Collide has been announced yet.