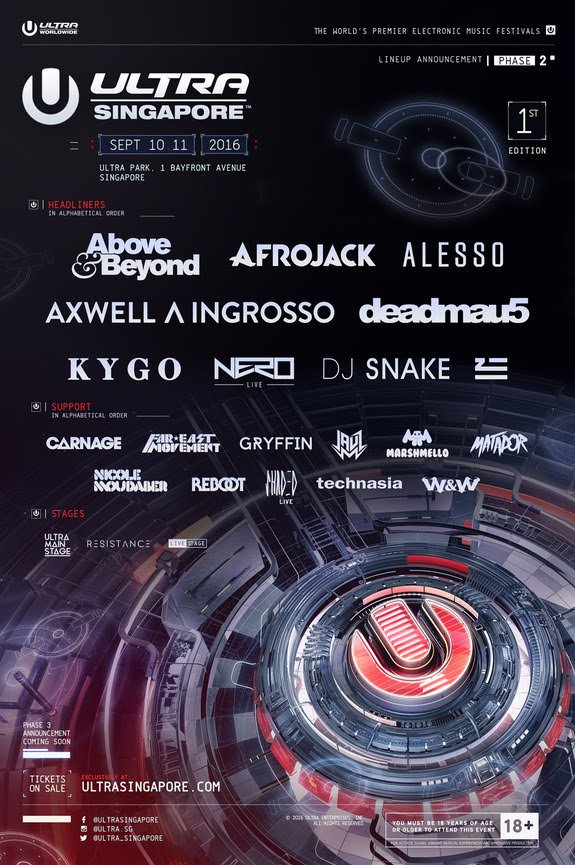 With less than two months left before show-time this September, ULTRA Singapore has announced phase two of its already star-studded talent lineup. New headliners now include Above & Beyond, Swedish DJ and producer Alesso, who performed at last year’s ULTRA Singapore, and mystery man Zhu, hot on the heels of his debut album release. Trap icon Carnage and electro superstars W&W have also joined the bill.

In addition to announcing the new headliners, ULTRA Singapore has also unveiled the first names on its RESISTANCE lineup, among them techno maven Nicole Moudaber, Cali icon Shaded, Parisian producer Technasia, and Frankfurt’s own Reboot.