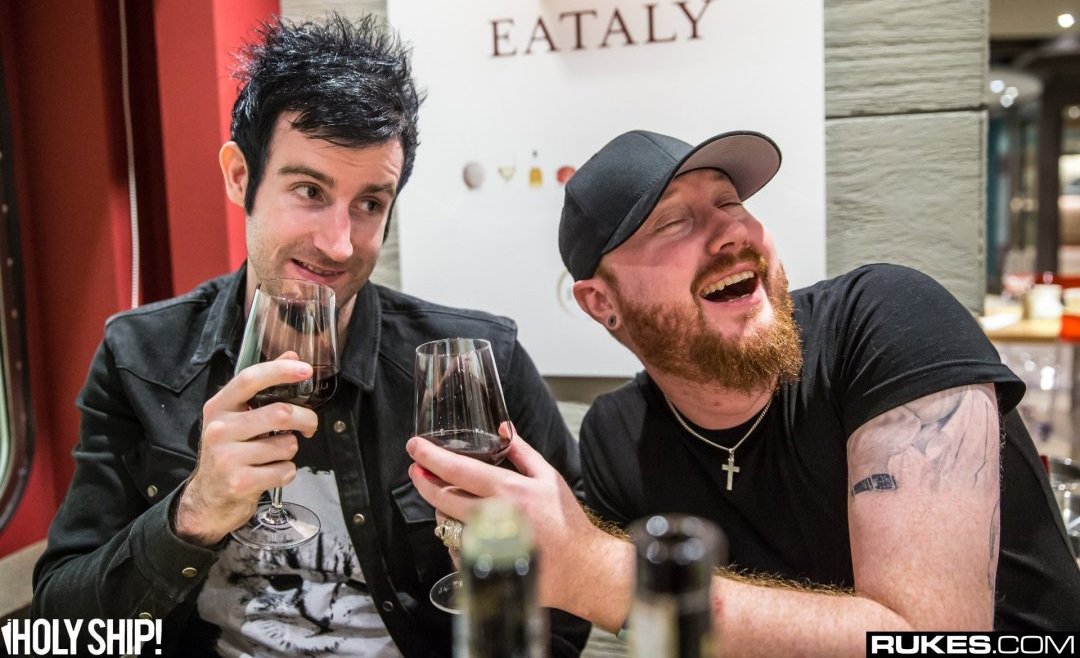 The Pendulum Reworks album so far has not gone off without a hitch. The first release from the album, Noisia’s remix of “Hold Your Colour,” was criticized not for its lack of quality, but for not using enough of the source material. The second release, a Knife Party remix of the absolute Pendulum classic “Blood Sugar,” was met with rather more disappointment. This time, it was definitely the quality of the remix that was called into question.

Rob Swire, the musical and production virtuoso that he is, and half of Knife Party and founding member of Pendulum, wasn’t having any of it. “Not every song needs to be the Sistine chapel, stop overanalysing everything you miserable cunts,” he wrote on Twitter when the song came out.

It seemed that the remix came and went, destined to be forgotten about… until this weekend, when tempers flared again. Virtual Riot later admitted that he was drunk when he sent out the first tweet calling out the remix, but that didn’t stop Rob, via @knifepartyinc, from coming back at him with some criticism of his own.

“Why is this Knife Party remix of Blood Sugar so terrible,” Virtual Riot rightly asked.

“Ahh, the mysteries of life. Kinda like – why do dubstep bros think wavetables are a substitute for any musical ability? No one knows.”

Anyone that has listened to Virtual Riot knows his comparable abilities to Rob in the studio.

Knife Party continued, “Or – why does Virtual Riot think one solitary remix is worth being such a cunt in public about? These are all good questions.”

No one is saying that the remix had to be perfect, but come on… it’s objectively not that great. Even Cookie Monsta chimed in to say, “This just feels like a random remix any guy in his garage could make.”

Yeah, we have to agree with him there.

You can read the exchange on Twitter for yourself below.

Why is this @knifepartyinc remix of Blood Sugar so terrible

Ahh, the mysteries of life. Kinda like – why do dubstep bros think wavetables are a substitute for any musical ability? No one knows.

Or – why does Virtual Riot think one solitary remix is worth being such a cunt in public about? These are all good questions ????‍♂️

I just had a listen, the original is such an anthem that any sort of remix has to do something so unique to work. This just feels like a random remix any guy in his garage could make

When you’re drunk and call out some of your favourite producers on twitter @knifepartyinc ???? sorry guys