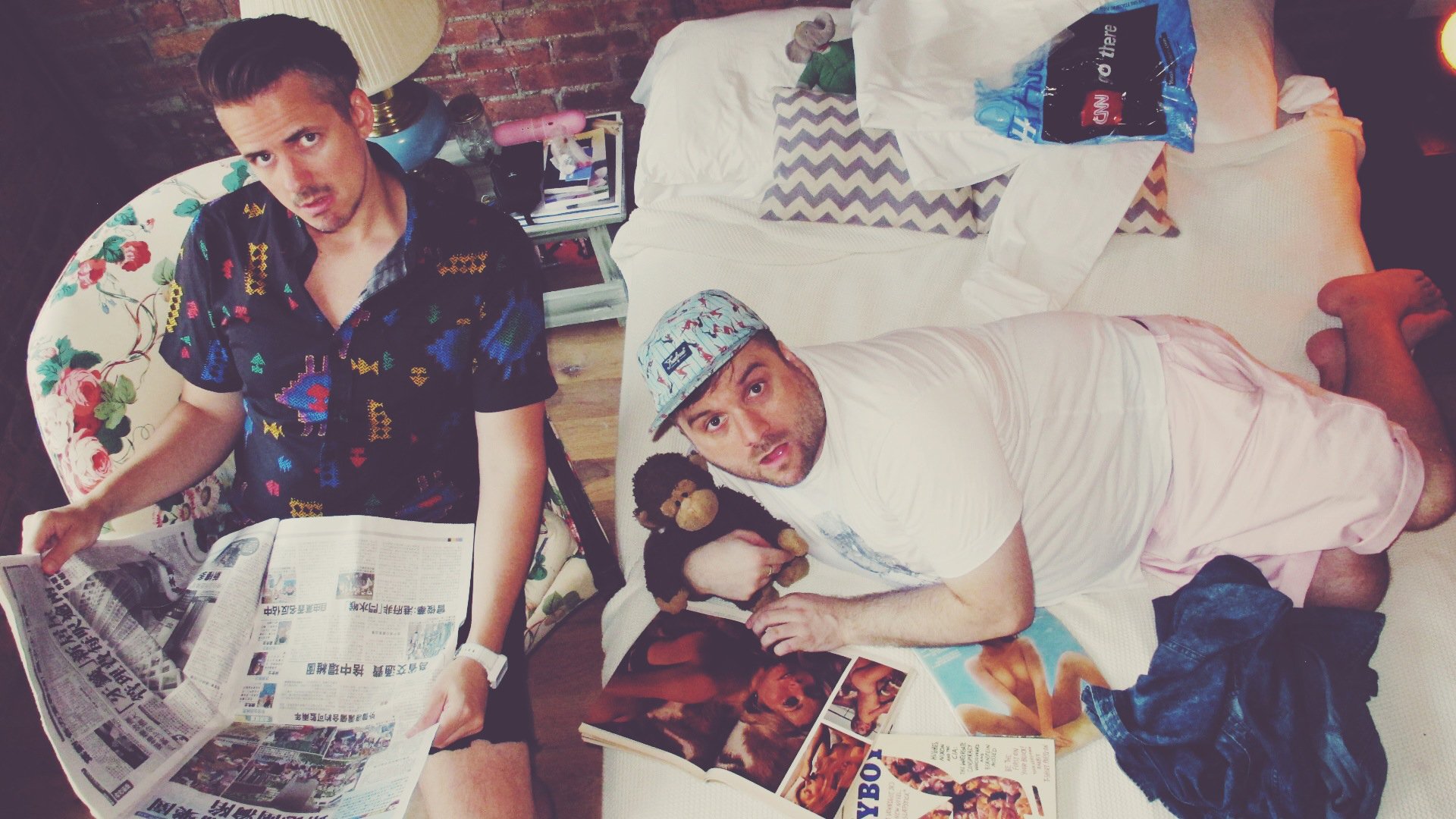 “Birds of a feather flock together” — so goes the proverbial phrase for those whose indistinguishable interests, ideas, and characteristics converge.

In the pantheon of propelling tech and bass house to unforeseen heights lies the nest of a rather zany flock of birds. The Dirtybird nest — overseen by the venerable Claude VonStroke — hosts all kinds of crudeness, lewdness, depth, and darkness. For those unfamiliar, it helps to think of this crew as an eccentric ostentation of peacocks, really, over a stark flock of birds. The label cultivates a truly idiosyncratic array of artistry, whose ethos is exemplified in its artist’s stylistic differences. Indeed, Dirtybird soars in its artist’s abilities to create outside of the box material, seize a moment, a feeling, or fill a room with insatiably booty-clapping tunes.

Exemplifying the Dirtybird ethos is none other than the rising Brooklyn-based tech house duo Walker & Royce, comprised of Samuel Walker and Gavin Royce.

“I think what works is that our sound fits in with Dirtybird, but it’s not what people think of when they think of Dirtybird. I think that’s what Dirtybird and Claude VonStroke likes about us,” Sam Walker articulates of the duo’s unique output.

Together, the two operate like a well-oiled machine: relaxed and respectful in each other’s presence, interrupting one another when they speak only to double down on a point, get a laugh, or finish one’s sentence. It’s safe to say they’re most definitely birds of a feather.

Happy accidents are something the two know quite well.

Walker & Royce got started in the DJ circuit in 2011, gaining attention for their unique track structure from a vast array of talent. With a bit of luck and a lot of hard work, the outfit has bridged the sonic gap in tech house in-between outwardness on the dance-floor and inner contemplation at home. Their tunes additionally explore an altruistic and diversely passionate style of production known by few others, manifested through penning songs through a creative process normally utilized by vocalists.

Among their very first of releases as an entity was when Crosstown Rebels’ boss Damian Lazarus noticed their remix of SAARID’s “Future Lately,” on Nervous Records. The two were then recruited to the famed label with their EP You’re Not Welcome,  and with that,  launched into the dance music spotlight.

Around this time, the boys also went on to release a track on OFF Recordings that went on to become the house anthem “Connected.” The song was played in heavy rotation and even went on to become a mainstay in Solomun‘s performances. Thinking back on the sonic differences between their early releases, it’s easy to see that Walker & Royce was setting the stage for their diverse range of sounds that would follow. Their debut EP on Moda Black entitled Sister, released in 2014, was even picked up by tastemaker Pete Tong as his Essential New Tune, in turn becoming a staple festival track. Walker & Royce’s remix of Baunz’ “Out the Window” on Pets Recordings garnered support from many of the biggest artists in electronic music, further building off the success of Sister.

The duo have since found themselves in Claude VonStroke’s seminal Dirtybird Records’ nest, with a series of multiple releases under their belt. Tracks like “Boy,” “Hit Dem Draws,” and more, have continued to cement their standing as a strong force within the next generation of tech house greats. While the two admit they’re too close to their music to see it, their unconventional take exemplifies exactly what a subgenre that can at times sound all-too-similar needs. Walker & Royce’s output consistently surprises their fans as they come into their own sonically, but such is what they’ve come to know and love about the two. Fans are ensured that their creative process is cyclical.

Recent times have seen the two have buckled down forging an brand new body of work, a debut album, that is for both the dance-floor and home listening. “We want artists to challenge themselves to do a body of work like this, and I feel like it made us write music that’s a little bit different than what we usually do,” advised Royce.

Self Help is thus a career-defining moment for the two. The immensely clever project is sure to lure in listeners with its club-ready grooves, only to leave them in the numbers of sly contemplation. Take even just the project’s lead singles for example: “Take Me To Your Leader,” featuring Dances With White Girls, dominated the festival circuits late this summer. Meanwhile, a Green Velvet-assisted “Rub Anotha Dub” featuring Green Velvet is also on its way to anthemhood.

On Self Help, Walker & Royce invite music aficionados of all genres to get lost in the flowing constructs of their imagination while they search for the constantly evolving remedy of what it means to help one’s self and others in an ever-evolving musical world that’s always in need of some companionship.

“Our goal was to have people that aren’t just dance music fans listen to this album. Dirtybird has such a huge fanbase and they’re so amazing, but we wanted to push them a little bit to listen to some different music and we also wanted to bring people in who didn’t necessarily listen to Dirtybird music in to listen to ours….” – Royce

Dancing Astronaut got together with Walker & Royce prior to the two embarking on their Self Help tour to discuss the new work, the art of the album, its place in an industry driven by singles and EPs, happy accidents, and of course— the Dirtybird Campout.

Read our full interview with Walker & Royce below.

Walker & Royce’s debut album Self Help is out Oct. 20 on Dirtybird. Find them on tour here.

Walker & Royce share groovy, extraterrestrial visuals for ‘Take Me To Your Leader’