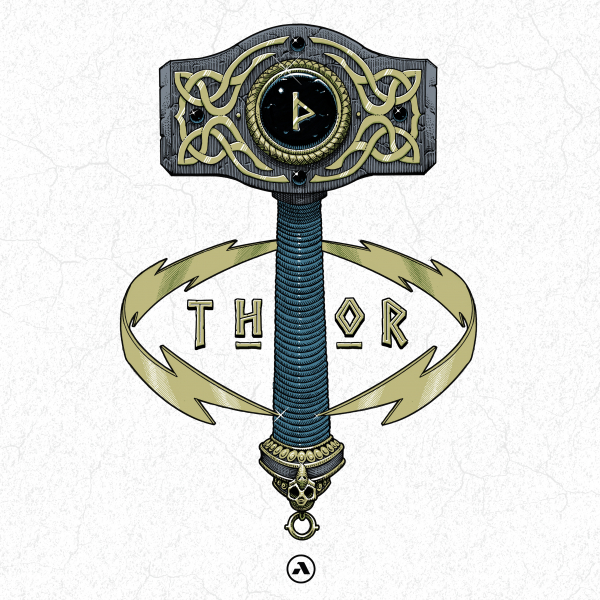 Avantgarde recordings, headed by the elusive but always present Dabs, started in 2011. In the six years they’ve been operating, Avantgarde has put out releases from the likes of Enei, June Miller and Fabio. Not a lot of U.S. DnB heads have heard Avantgarde perhaps, but many know the label’s tracks. Its relative obscurity is due partially to Dabs’s pickiness in who he works with and releases. His focus on quality rather than quantity pays off, however, when singles like his recent remix EP called Thor. In it, Was a Be and Disprove each collaborated on a Dabs track, with “Jitters” being remixed by Break and the result was most certainly all about quality. Your EDM wondered about the elusive Dabs’s process when it comes to choosing producers for Avangarde as well as about his own production process, so some questions naturally had to be answered. Luckily, Dabs found time to oblige.

What was your vision for Avantgarde when you started it in 2011?

I remember I was still living in Perth/Australia in that year, about to come back in Italy. I wanted to bring back home something from that year spent abroad in which I was so productive, and the vision behind the label was to build an house for the music I love, something not for business purpose, focused on quality and not quantity.

What styles do you look for when signing tracks and artists to the label?

Funk. Groove in it. And a certain feel I can’t really explain in words. It’s a matter of something between technical skills, vibe and originality.

How do you think your own personal production style influences the styles of tracks you bring on to the label?

Obviously – but not always – I try to produce beats I’d like to play. Most of times I want to bring that sense of effectiveness on the Avantgarde new material.

In your collabs, such as the ones with Disprove and Was a Be on this EP, what do you appreciate about the people you work with? What do you look for in a collaborator?

I love to collaborate. Sometimes it works, sometimes not, and it actually depends not only on the style combination, but even on the relation and fun you can reach with the other producer. That was certainly great in the case of both Fabio of Was A Be and Fabrizio Disprove. It was the first time I worked with them both and I think will not be the last. Collabs in general always enrich your style and bring something new on the speakers.

How do you think your style changes when you collaborate? What did Was a Be Bring to the table for “Jitters” that you may not have done on your own? Same question for Disprove and “Thor”?

In “Jitters” I think it was one of the more more junglistic tunes I ever made, actually not sure I would have chosen to write such an old-school drum-line in a solo track. That UK classic vibe that I love makes me play it in every set, the build up works so nicely. It’s good to see people like Ulterior Motive now supporting it in their set too. “Thor” was something I wrote and felt incomplete -it happens sometimes- and was the case in which you gave all your ideas but was not enough. Disprove made some crazy switch on the track arrangement and added more mid-range complexity The guy has serious skills!

Why did you choose to release the Break remix of “Thor” on this EP? How did that remix come about?

I knew Break would have done a banger out of it. I’ve known his music since I started to listen dnb, and he’s  always been a milestone for me in this genre. So not much more to say, I’m just so happy it happened.

Any future collabs with Break? Other artists?

I would love to collaborate with Break like I think every producer would, maybe it will happen one day! I’ve also got some early stage plans for some collaborations with Was A Be and some remixes too coming out very soon this summer.

What other new tracks are there on the horizon?

I’ve got my personal first album coming out on Dispatch later this year or early 2018. It’s got some nice featuring. I can’t anticipate much for the moment but I’m more than excited for it!

How do you see Avantgarde’s evolution to present time from when it was founded?

I think the label always had the same approach, following the music genre evolution and the label output evolves itself. All that matters for me is quality and sometimes pushing newcomer artists who impress me. Scouting is always good!

What are your future ideas for the label? Who would you really like to see releasing a track on Avantgarde in the near future?

I have in mind to release a VA (Avantgarde) artist (compilation)  with some Italian producers that are doing great things at the moment. I’ve also got some already ‘know by the label’ names sending me interesting material so I can say it will be full on 2017-2018 for us!

The Thor EP is out now on Avantgarde Recordings.