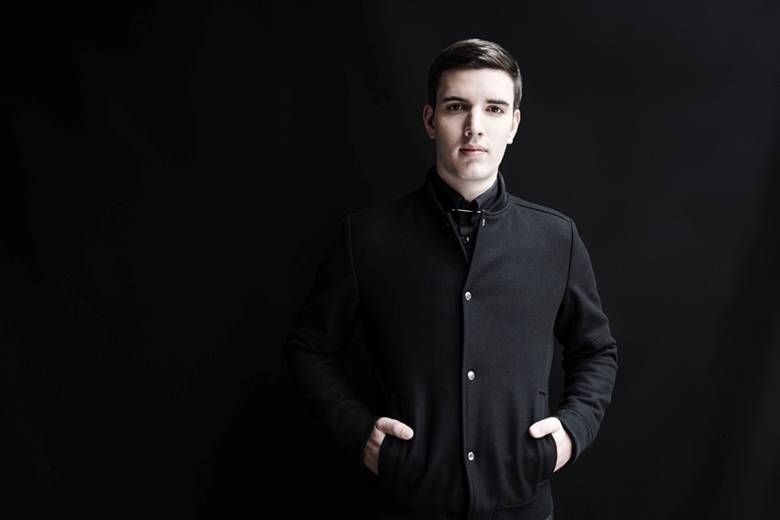 Every genre shares one common trait, one specific quality that defines it, that will eventually influence it enough to characterize how it curates itself. That quality is organically pioneered through those rare artists that are truly musically-inspired and driven by absolute passion for what they do. Netsky is a textbook example of this.

Netsky has produced and nurtured his sound in a way that very few artists can accomplish. Not only was he always considered a cornerstone in the world of liquid drum and bass, but now I can confidently proclaim he is a cornerstone of electronic music in general. With his melodically-advanced musical prowess, the man is untouchable. Being that his first two albums were predominantly drum and bass, this one breaks from those expected barriers, and has set forth a brand new precedent, one that only a man as talented as Netsky could master.

Now, after a short hiatus, the legend himself has returned for his third studio album. Containing some of the most brilliantly constructed collaborations I’ve ever heartd, there’s no denying fans are in for a real treat.

We at Your EDM are honored to have a chat with Netsky himself.

We all know your history and exclusiveness with Hospital Records. Moving forward, what are your overall goals and plans for the coming years?

Well, I still consider myself a drum and bass artist primarily. I still have so much love for other genres, so my overall plan is just to make good music. Lately, I’ve been working with Ultra Records, so my music has had the opportunity to reach broader spectrums of listeners. At the end of the day, my main focus has and always will be to make good music.

Ever since your song “Puppy,” we’ve seen you experiment with disco funk and such, do you plan on expanding on this concept?

Absolutely. There are a few songs on the album that truly tend to break the barriers that people normally are used to when hearing a Netsky tune. My goal is to make those types of tunes but to really merge them with the original Netsky sound people are used to without it being drum and bass. I aim to really encapsulate my sound into whatever genre I’m really feeling at the moment.

One of the first singles we heard from the album was your collaboration with Jauz. Can you tell us a little about that?

Well, it happened really simply actually. One day after a show in LA we began the collaboration. It came really naturally, and everything flowed really well between us. Jauz came up with the bassline, while I worked on the vocals and some of the details.  It was a really fun single to make. It’s truly inspiring and amazing to see some younger talent like himself doing what he is, and I have the utmost respect for him as a person and an artist.

We also have noticed that you’ve embarked on a Netsky + Chill tour. How has that been so far, and what were some of the most memorable experiences from it?

Denver was one of my favorite shows hands down. It was an amazing night held at Club Beta. Celebrate in Vancouver was so memorable as well. The entire tour was mind-blowing. The clubs all really lent themselves to what I was trying to accomplish musically. My aim was to truly combine drum and bass with the sexy and soulful RnB. I played 2 hours in most clubs, so had a lot of opportunities to really place how I felt upon them.

Tell the readers a bit about some of the massive collaborations you have on the album itself.

Well, some of the collaborations include Digital Farm Animals, Chromeo, Emile Sande and as you know, Jauz. Everyone I’ve worked with on the album are such great artists, and I’m honored to work with each one of them. We’re all very excited for the album to release.

How do you feel about the United States drum and bass scene in comparison to the UK scene?

The drum & bass scene in Europe / UK is much bigger than it is in the US. But I think the venues I play at in America have a very varied crowd. I love the fact that on my last Netsky & Chill tour in February there were some old school drum & bass heads but some new kids that aren’t really part of the drum & bass scene. As a DJ this is a really nice challenge, it gives me the opportunity to play a much broader spectrum of electronic music but I’ll still have people in the club that appreciate my older stuff.

There you have it! The album unfortunately had to be pushed back to June 3, but you can still pre-order it here.