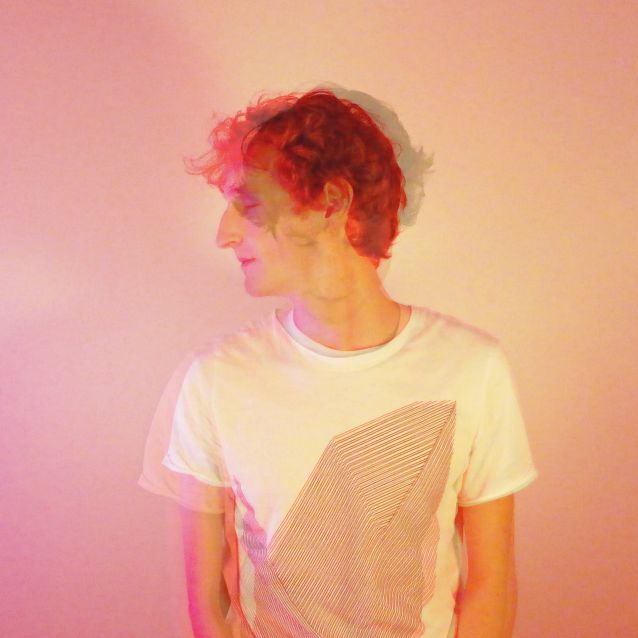 Neeco Delaf is a French PhD candidate, studying acoustics in Sweden. He’s also been a musician all his life, but on his new electronic and pseudo-experimental EP, In the Night, he claims that the interesting and unique ways the four tracks are put together were not consciously influenced by his studies. That said, it’s difficult to ignore both from his music and from speaking with him that he has a passion for experimenting with how sounds are made and perceived in both his studies and his music.

From the dream pop feeling of the EP’s title track to the indie pop vocals of “If You Let Me” feat. Flora Cash to the jazzy melodies and bent synths he incorporates into almost every songs, it’s easy to see that Neeco loves building layers of sound and fitting his songs together in a way that almost screams experimental electronica; but the danceable beats and heavy basslines also push him nicely into EDM territory. The result is an interesting and cerebral yet chill dance feel that will likely garner the burgeoning talent a great deal of attention from both the experimental and EDM camps.

Your EDM sat down with Neeco to discuss his debut into electronica to get his thoughts on In the Night, on sound design and on where he’s headed next.

You’ve been working on your PhD in acoustics while putting together this EP. Is there any correlation between the two?

I’ve been in into music for much longer than I’ve been doing acoustics, since I was really small. I learned the flute and then also played the saxophone. I was classically trained and then also played jazz and even a bit of pop. I studied acoustics on the side, really, so it’s not exactly the same as the music because it’s more scientific (to me).

So how did you come to study acoustics?

Well I was studying in London and I met a Swedish girl and ended up moving to Sweden. I was able to get into a PhD program in Sweden and study acoustics, and I was really happy to study something that I am interested in. Sound propagation and how we perceive sound is really fascinating, so I feel really happy to be doing that.

So do you feel anything with your studies crossed over into your music, especially with electronic music on this album? It seems quite technical and experimental, so did your studies influence the way you crafted the music on this EP?

Yes I think there has been a bit of that, because I wrote these four songs during the whole of my PhD studies. So I think it definitely influenced the way I wrote them. Again, with sound and how we perceive it, how what we play affects our ears, so I guess – I don’t think I did it consciously, but maybe it came out in the EP, but it wasn’t on purpose or a goal for me.

What do you feel was your goal for the sound on this EP?

I wanted to explore a bit of different things in music, especially to strip it all down. “Fakir”, for example, is really stripped down so you can hear all the sounds on their own. I’ve tried to be a bit more free (with how I composed it), so not to say “I should have vocals here” or “I should have instrumentals here.” “Banque” for example is really punchy, and I thought it was really good as an instrumental (track) on its own because then you can hear all the reverbs. I think it’s important to have a place for the instruments to be heard on their own and not to feel like you have to add something all the time.

That’s a great point. One great thing about experimental music like this is it’s not just about the music but what the artist does with the negative space in the music. How did you put that together on something like “Fakir”?

I think most of the songs are like that. I did it progressively. Once you get used to hearing (the tracks) that way and it’s not too full, you notice details (that you may not normally). So on the EP I have “Banque”, which is really instrumental, and there’s a little bit of vocals that I did myself. On the second one (“If You Let Me”), I think it sounds much more pop with a real verse-chorus-verse vocal structure, and then “Fakir” is really stripped down (as I said), and then “In the Night” is more of that progressive build, where it starts slowly and then becomes more melodic.

Those all sound like they were quite different style-wise in the way you approached them, but did you have a general way you were composing each song, or was it completely different each time?

Usually I start with a basic structure for each song. It can change a bit once I’m working on it, but usually I start by actually writing – well, actually I suppose it does depend on the song. So for example “Fakir” I started by writing the chords in a classical manner on the piano, and then I did one by one the beats and the bass, so it was composed like sheet music but I also wanted it to sound quite electro and modern with a bit more aggressive synth sounds. So it was part classical composition but I also tried new sounds here and there to make it how I wanted it to sound. “If You Let me” I was more specific because I knew the types of instruments I wanted on the song and I wanted a lot of layers of synthesizers and a nice bassline.

What about the other two tracks?

Well, “Banque” I actually wanted to make (a track) that sounds like another song with lyrics, so I wanted the synthesizer to sort of slide up and down, and then the beat I wanted something really punchy, so I put a lot of reverb on the snare, and then of course a heavy bassline. I like to have nice basslines.

That’s probably what helps you cross over into a more EDM context. You said before that the music you were working on before inspired you or prepared you for this EP. How do you see your music progressing from previous efforts to now?

At first, I was making sounds without caring too much about technique, and then I think I was caring too much about technique, and getting really technical. Now (with In the Night), I’m back to not caring. As long as it sounds good I need to not care as much about the technique or what should be or what people do most. I still have a certain modulation technique I like to use, but it’s more in the background now on this EP. I think I focus more on the music itself and not worry about which instrument should be used for this or what process should be used for that, and how I should make it. So I think I’m going back more to make music that I like.

So it sounds like now that you have the technique down more for yourself, you can go back to exploring music and sound that really inspires you.

Do you have a favorite track on the EP right now?

I think I love them all, they’re so different. I’d say if I had to choose, I think I prefer the two first ones. “If You Let Me”, because I got the chance to have great vocals from Flora Cash. It went really smoothly, I just sent them the demo and they sent back vocals so it was really straightforward and I think it came out really nice. The first demo had my own vocals, and it was really nice to have other vocals that really fit with the song.

Do you have anything else new coming out?

Yes I’m always working on new music in the background along with my studies. I have a couple of tracks coming out soon which are in the same style of this EP. I have one track called “Take My Hand”, which is sort of some kind of soft pop song. I’m just looking for the right vocalist, and I got to play saxophone on this track as well for samples. I think that one will be in the next two months.

Have you performed and toured with his project yet?

No, I’ve performed in jazz bands and other projects but I haven’t toured yet with just my own (solo music). Right now I’m focusing on production. Since I’m mostly electronic, I’m not interested in just going on stage and pressing play. It would have to be something that is at least half-live to be a performance for me.

Is there anything else you’d like to say to fans or to people who are just listening to you for the first time?

(Laughs) Just say hi! It’s been really nice to see all the people from all the different parts of the world, who is listening, and so I’m appreciative of all the people who have liked this project so far.

Neeco’s debut EP In the Night is out now and can be streamed or dowloaded by clicking here.