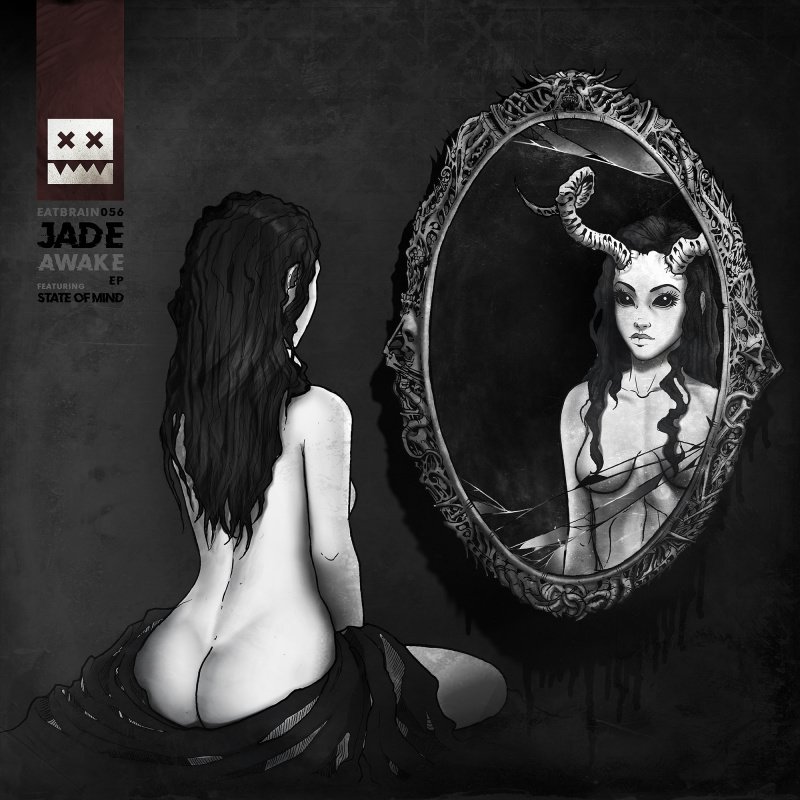 So first of all, the premiere that fans will find in in the player below is for the single called “Man Eating Lizard Dragon” from Jade’s Awake EP, out tomorrow April 30. We’re not clever enough to come up with a pun for that title, however, so we just went with the EP title. The Eatbrain Don has been busy helping one after another talented producer bust out new EPs with crazy beats this year, so no one was really even expecting the singles he’s released of his own work on compilations like his collab with Mindscape on EB’s Divergence LP. A full EP was thus an even bigger surprise, yet here we are.

All the tracks from Awake are available to stream on the Eatbrain SoundCloud page but for this one. Jade graciously saved the last, and possibly best track for us here at Your EDM, and “Man Eating Lizard Dragon” is a doozie. Jade likes his artists to throw curveballs on their EB releases, and it seems his own work is no different. The title of “Man Eating Lizard Dragon” (or “MELD”) is taken from a creepy-sounding movie sample about some sort of creature of the same name. Said sample is quite prominent in the track which, beat-wise, is quite a surprise in and of itself. It’s not fair to call it techno; it’s more like a combination between techno and hardcore or gabber in that the beat is not fast enough to be gabber but far to hard and ravey to really be fully synonymous with techno. It’s a hybrid, or maybe even a whole new beat structure invented by Jade. It wouldn’t surprise most EB fans if that were the case.

The other elements in “MELD” may not be noticed right away because it has such a crazy beat and the vocal samples are so prominent, but there’s actually a lot more going on. Despite the straight beat structure, the track is still put together like a DnB track in that the bassline is a definite roller, plodding along with the beat and giving it a lot more rumble and heaviness than either a gabber or a techno track would have. The synths build in layers over the course of the track, starting with a chugging, metallic track that’s probably only just slightly above a bass synth register. After the first break a more melodic but just as charged and grindy synth comes on over the first synth, largely to keep the track moving; not that that’s a problem.

More ambient sounds fill the negative space around all this stuff. A heretofore unheard of phrase-ending burst that sounds about as close to actual sparks flying as electronic sound design will likely ever get is really going to send the sound design nerds rabid. Then, just when you think your brain can’t process any more, there’s also a running vocal sample from the classic “It Takes Two” by Rob Base and DJ E-Z Rock.

The rest of the Awake EP is of course great, with lots of the sick bass, syncopation and heart-stopping changeups that make Jade one of the best producers in the game, but”Man Eating Lizard Dragon” is something totally new and quite special. Balancing multiple genres with breakthrough sound design and even classic DnB elements, it might be the most compositionally complex tracks Eatbrain has put out in the last 12 months (or possibly any label, for that matter) and that’s a tall order with that label’s roster. Anyone who’s said recently that drum and bass can’t go much further in terms of innovation clearly forgot to look Eatbrain-ward. Said hypothetical naysayers would be well-advised to do so now.

The Awake EP by Jade releases tomorrow, April 30 on Eatbrain on a Beatport exclusive and will be available worldwide May 14. The rest of the EP is available to stream on Soundcloud.