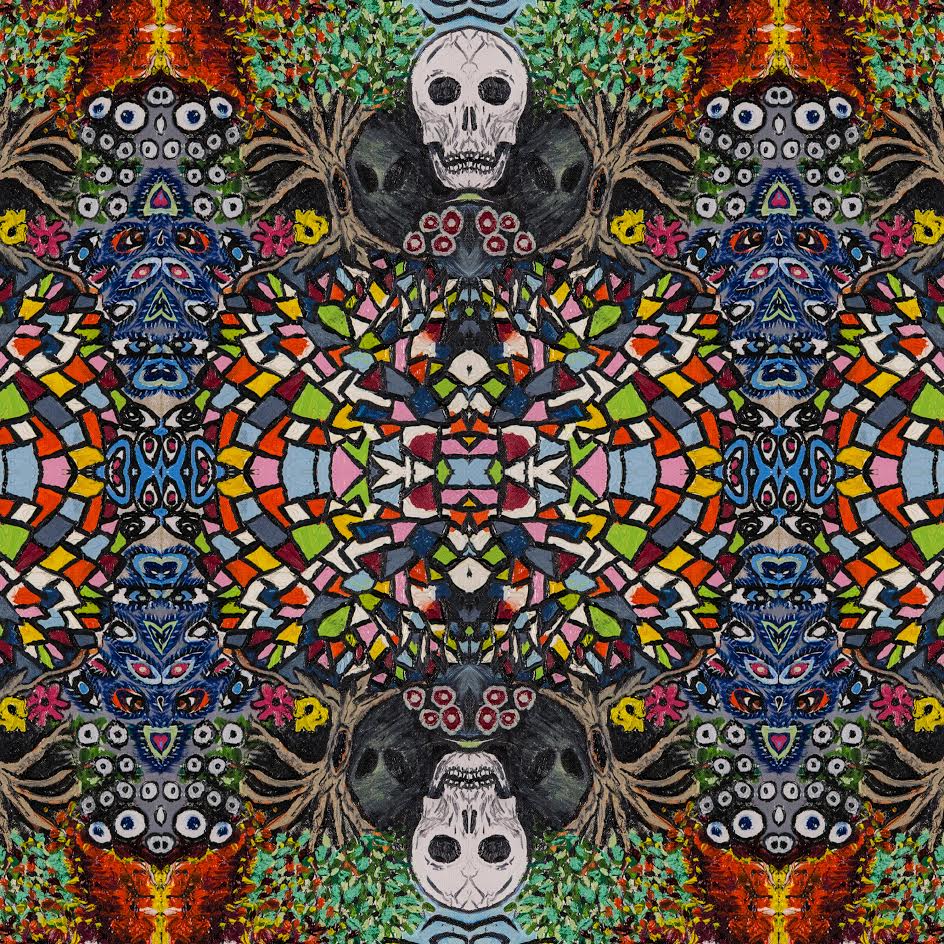 Run DMT has come up with an interesting concept for his most recent LP, Revolutionaire. The original album was one of the breakout hits of the summer, as many fans and critics didn’t expect a comeback LP from the dubstep powerhouse. What followed, however, was even more of a surprise: not one but now two full-length remix  albums. The first remix album of Revolutionaire, Re-imagined Vol. 1 dropped last month and each track followed the exact trajectory of the original album, but with remixes all over the board. It contained seasoned producers like halftime monster Vorso and newer Kill Your Ego artist Calvin Hobbes.

The second remix mix, Revolutionaire Re-imagined vol. 2 drops tomorrow, October 16 and also features remixes by stateside veterans and relative bass music freshman. In the veterans’ column the remix of the surprising liquid drum & bass track “I Saw A Light” featuring SOBO was remixed by Bachelors of Science. The breakout freshman this time around, however, unequivocally goes to Las Vegas-based producer Zaiaku with his remix of the steppy halftime tune originally done with Vorso, “Gamma Ray.”

Zaiaku isn’t completely unknown in bass music. He has a number of dubstep, halftime and neurofunk tracks out on Multikill Recordings as well as Abducted and Titan, but Run DMT and Kill Your Ego discovered his glitchy, cinematic sound this summer and the rest is history.

Zaiaku’s “Gamma Ray” is one of those remixes where the artist clearly just took the stems and ran with them. The original was a full-bodied cross between dubstep and halftime, and the Ketoa remix on Re-Imagined vol. 1 took another step towards full halftime, but Zaiaku’s version is fully halftime, not that you’ll be paying attention to that, as it’s completely turned on end from the beat up.

There’s a lot going on in Zaiaku’s remix, starting with the intro. It mimics the original in tempo, but the beatless melody starts off here with an effect that makes it sound distant and jazzy, as if it’s coming out of a gramophone. Think any release of the Bioshock series. The build and break will lead listeners to believe they are in for a drum and bass track, perhaps even dubstep, but when the first drop hits any presuppositions go completely AWOL. It’s so impossible to fully describe the crazy syncopation, random glitches, amen breaks and melodic cut-ups that go into the main body of this track. The second break halfway through the track introduces a completely different set of glitches, machine sounds and neuro madness around this halftime beat that one could even wonder if this is two tracks in one. It could certainly be played in a club as such.

The best thing to do in order to understand a track like Zaiaku’s remix of Run DMT and Vorso’s “Gamma Ray” is to just listen to it. Many times. And even then it still may be difficult to wrap one’s head completely around it. One thing’s for sure with this remix: Run DMT certainly knew what he was doing when he tapped this young prodigy for a remix.

Revolutionaire Re-imagined Vol 2 is out today, October 16 on Kill Your Ego records. It will be available to stream on the label’s Soundcloud where links to purchase will also be posted.