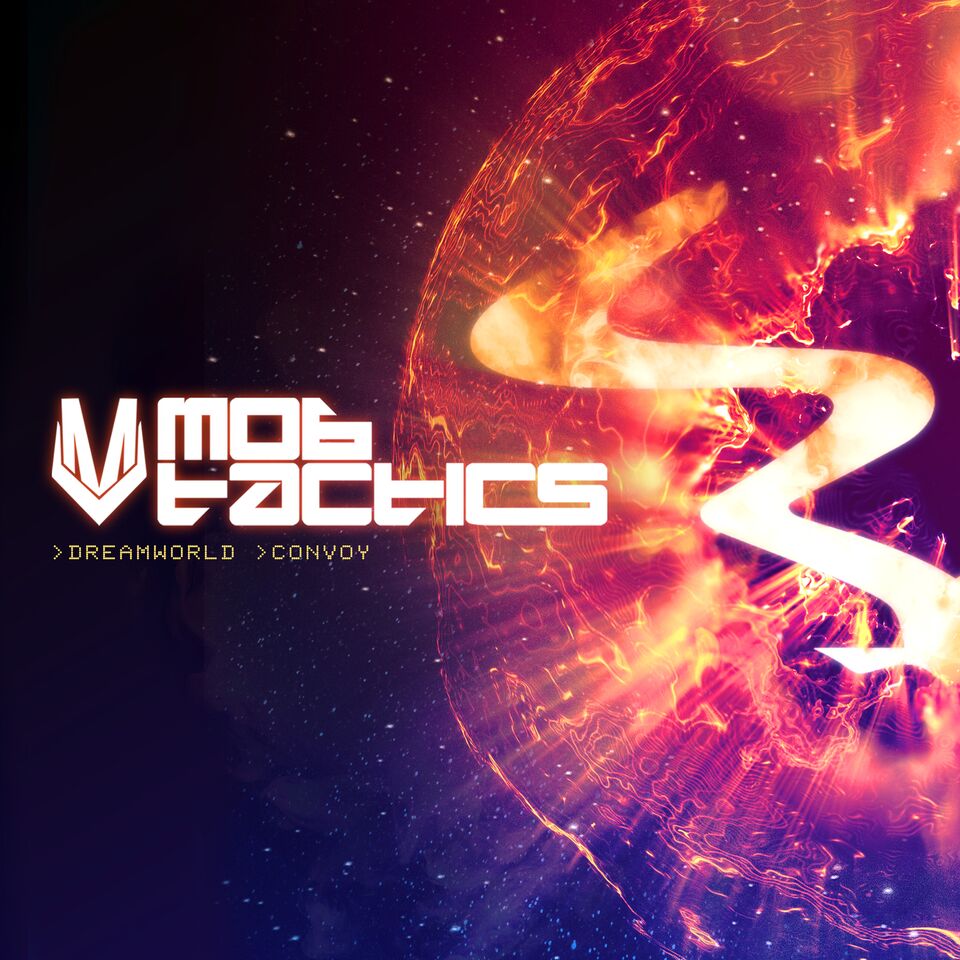 Coming off their hit Eatbrain EP Dinosaur Rock and a madly successful remix of their track “Crazy Hype” by Annix on Playaz, it seems a perfect time for Mob Tactics to surprise everyone even more and release on RAM. The “Convoy”/”Dreamworld” two-sided single is set to release on the giant label August 31, their first solo release on RAM. With multi-label momentum like this, the UK duo are poised to take over the DnB airwaves (or at least maybe the I Love D&B Spotify list). With only two tracks on offer, Your EDM was lucky to score an exclusive for the b-side, “Convoy.”

Mob Tactics have technically been released on RAM before, as part of the sixth installment of Andy C’s Nightlife mix with their track “Wolf Trap” and also on Audio’s Ramlife compilation with “Frenzy.” “Convoy” and “Dreamworld” are their first RAM tracks done as their own release, however, and Mob Tactics really stepped up for the occasion.

In terms of style, MT are known for their diversity and also for always bringing a bit of humor to their tracks. Case in point, the tracks on their previous release Dinosaur Rock were riddled with funny samples and cheeky beat arrangements. Even the titles of the tracks on the EP incited a chuckle. With “Convoy” and “Dreamworld,” the duo’s stylistic diversity is still there in spades but they also show a different, more serious and emotive side to their work.

“Convoy” is intense and has a great sense of urgency as it moves through a fast and grimy jump up-style beat. This urgency is really pushed by the main synth, a looped string melody which is very short, sounds sort of like an orchestral sting from a horror movie and matches the downbeat beat stroke for stroke. If there’s a way to jam a track with intensity, these guys have found it with this tactic. And in case that wasn’t enough intensity, the boys load on an urgent-sounding guitar loop, done in a different key than the strings. The guitar is a bit melancholic and even shoegazey, so the dissonance there gives the track a more complex emotional profile than simple intensity.

With “Convoy” as with many of their tracks, Mob Tactics give the illusion of simplicity because the track is so danceable and has a steppy base In actual fact the production is anything but simple. A deceptively complex track, “Convoy” is both in line with what fans expect from a RAM release but in many ways completely outside the lines and definitely an MT original. This complexity, diversity and originality is why Mob Tactics are able to label hop so much at the moment and still have their own DnB identity. It’s a tricky balance, but Mob Tactics pull it off with their usual humor and sense of fun.

The “Convoy”/”Dreamworld” single drops on RAM next Friday, August 31. Keep an eye on Beatport and the RAM Records website for pre-order info, coming soon.